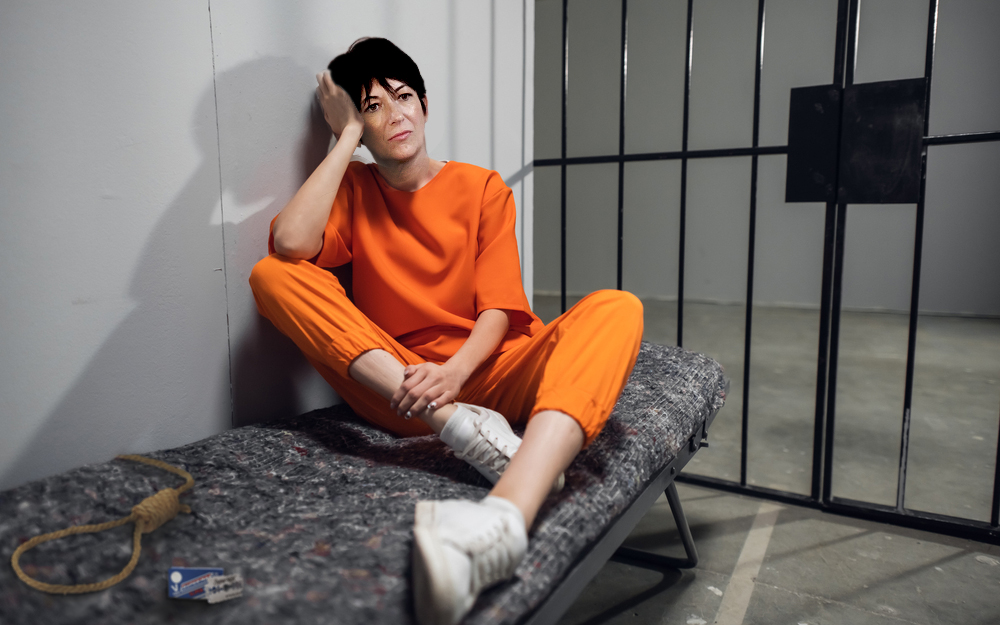 AS CONVICTED sex trafficker and former socialite Ghislaine Maxwell made do with her prison sentence, the 60-year-old could not help but wonder if all these strange items laying conveniently on her bed are standard prison issue or something more sinister relating to things she may know.

“A fresh packet of razors and a perfectly made hangman’s noose seems a little off to me,” the once girlfriend and child-groomer-in-chief to disgraced financier Jeffrey Epstein thought to herself, jolting slightly at the loud bang of the prison door as it closed the wing on the dark hall outside.

“Strange that camera light isn’t on, it was blinking red earlier,” she said as she peered at the corner of her cell, hoping she wouldn’t suffer the same fate as her accomplice, who was suicided to death in a New York county jail under questionable circumstances.

The daughter of the late British press baron Robert Maxwell was convicted late last year on five counts of sex trafficking minors, before unsuccessfully appealing and being sentenced to 20 years in prison by a US judge, meaning she will spend the rest of her life behind bars, or however long she lasts before being taken care of.

“Even though she’s in jail, she does have options,” said several unnamed billionaires, once leading politicians and elites pointed out for no apparent reason whatsoever, “aren’t we all in jail when you think about it, there are ways out of everything, even life in prison”.

Ending the legal process in one of the world’s most heinous court cases to come under the public eye, the FBI have stated they are now satisfied that this is now the end of it and there’s no need to investigate these crimes any further.