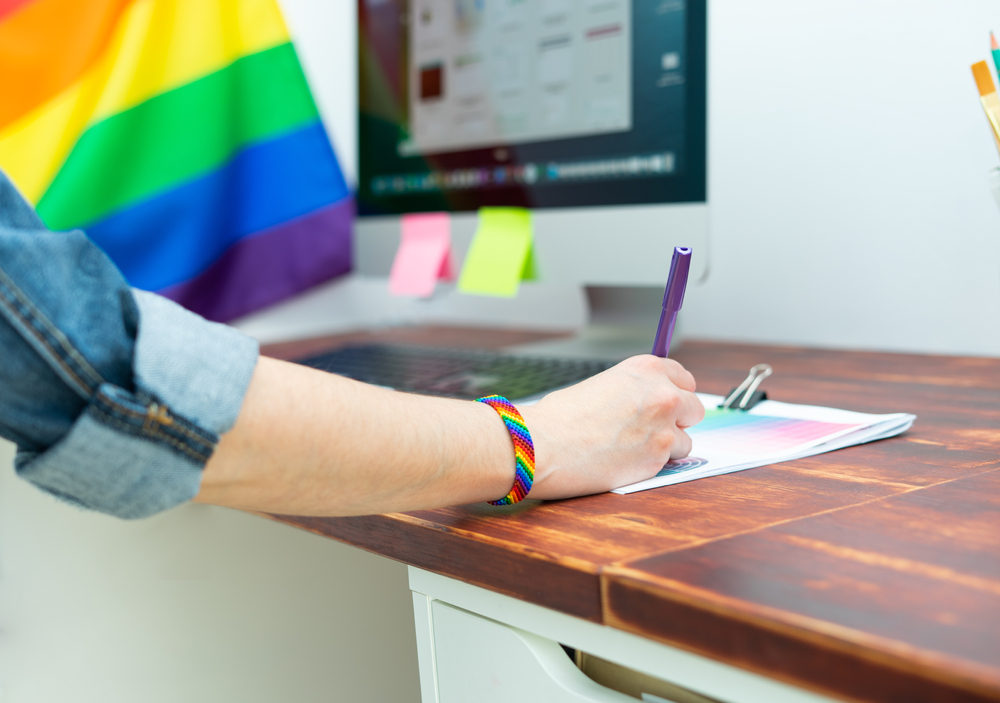 IT gets earlier every year! Pride Month is just around the corner, and all eyes will be on your brand to make sure you’ve invested significant time and capital into driving LGBT consumers towards consideration of your products when making lifestyle choices and personal investments throughout Q3 and Q4.

Is your brand Pride ready? It’s not just a one-day, hang-a-rainbow-flag outside the front door thing anymore, you have to divert your marketing team’s full resources to fully capitalise on the month! Let’s do this guys! Let’s rainbow!

All of your LGBT creative and intensive media spend will be for naught if your company if found to be lacking in actual, real-world ‘gay boots on the ground’ gayness. Take a look at your team and see where you’re lacking, do you have a lesbian, for example? Many of us under-index in women, full stop, so that narrows the scope for actual gay ones.

Make the call to your recruitment agency and tell them you need some new people, short-term contracts, you can ditch them in July if you want. Remember to go for visibly gay people – very out, very flamboyant. A quiet, buttoned-down married gay man is no good to you. People need to be able to see your gay workers from space!

There are dozens if not hundreds of small LGBT charity organisations that are in desperate need of funds, and we’re here to tell you that they will absolutely receive them from the gay community. If it’s one thing those guys love, it’s a GoFundMe. So, you don’t have to worry about being seen to involve yourself too much in funding these so-called ‘worthwhile causes’ (we’ve yet to encounter one that was worthwhile to a bottom line, LOLS). Instead, focus on getting YOUR BRAND and A RAINBOW FLAG on the side of as many busses as you can afford. That’s where the money is.

While it’s important to focus on attracting LGBT consumers during Pride Month, a business cannot forget the potentially very large, very conservative consumer base that provides a revenue stream throughout the other 11 months.

Alienating these consumers may lead to a fall in Q4 profits and a subsequent hit to your bonus check at the end of the year, so be aware of this. Our advice would be to instruct your social media team to ignore any homophobic abuse from existing or potential consumers – making extra effort to check if they’re in our key demographic before doing anything that could insult or offend them.

We’re not on a crusade to save gay humanity here, you just want them to think of you the next time they’re buying a sofa or switching broadband providers or standing at a fridge in a corner shop choosing a refreshing, sparkling beverage. Let the gay people deal with homophobes, they’re well used to it!

That’s it! One last thing, we’ve got loads of free tickets to LGBT events throughout Pride Month if anyone wants them. Literally nobody here wants to go anywhere near it. No takers? Ok. Now get out there and get that gay dollar!