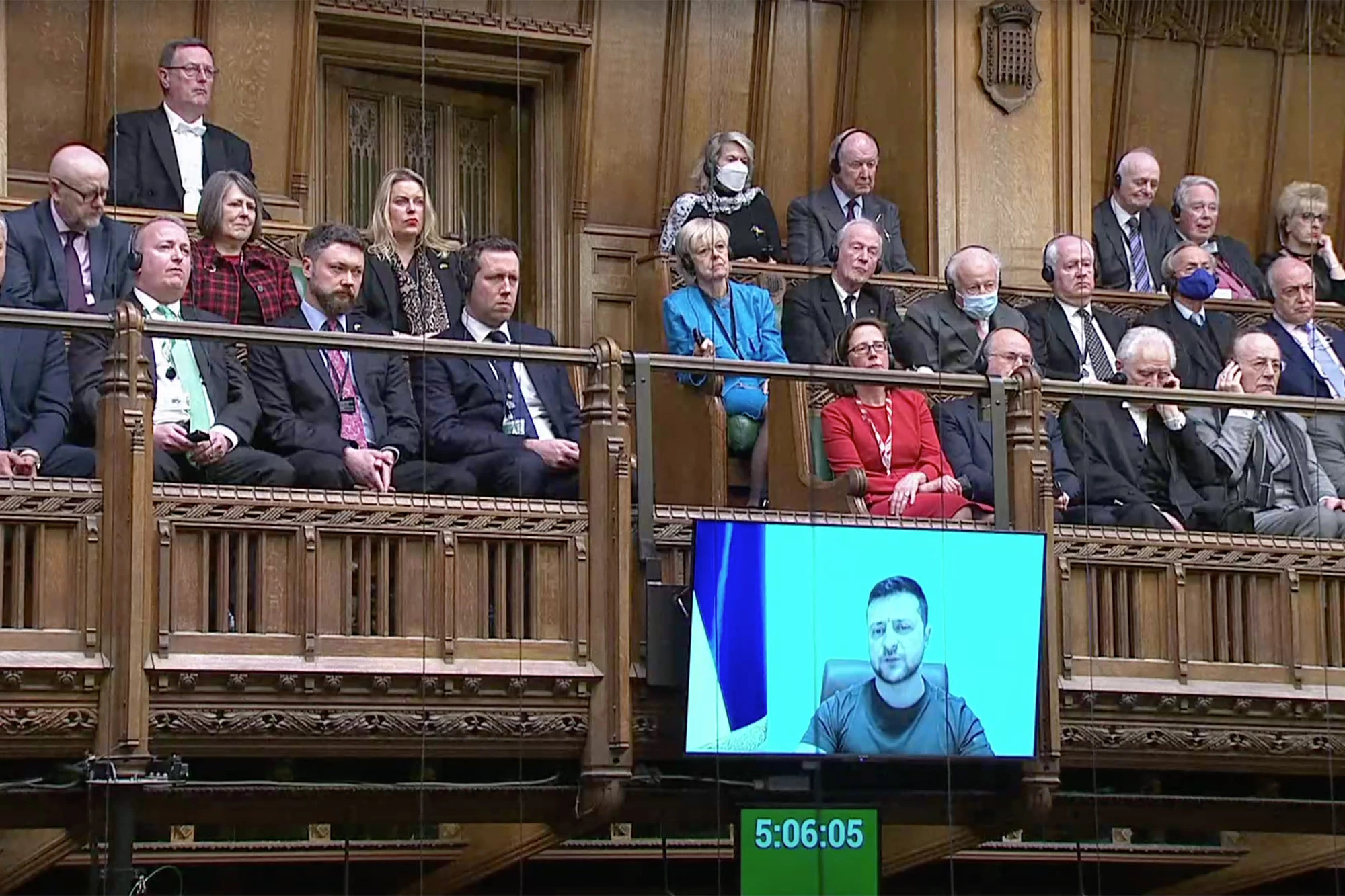 LABELING his address of the House of Commons as ‘historic’ an inordinate number of times, a misty eyed Tory government moved by Volodymyr Zelensky patriotic appeals went as far as to say ‘absolutely not you old cad you’ to all requests.

“Some splendid stuff in there about recognising Russia as a terrorist state, hairs on the back of my neck but absolutely not. We’re making refugees coming here harder than shitting a bowling ball through a keyhole – we’re hardly going to agree to that, but bra-fucking-vo on your oration again,” insisted one MP, who asked would Zelensky like a knighthood instead.

“Bravo my dear Volodymyr, sterling job. Positively Churchillian, minus the ghastly Bengal famine stuff. Haven’t been stirred by a speech like that since Boris begged me to be his alibi to cover up an affair, can’t remember if it was the first, second or third wife. Nevertheless, very moving,” added another MP.

“Daft as a baboon riding a bike! Heavens no, we won’t be doing any of that, chuffing good speech all the same old chap. Now, if you don’t mind I’m late for a liquid lunch with the son of an KGB operative,” offered a cabinet minister.