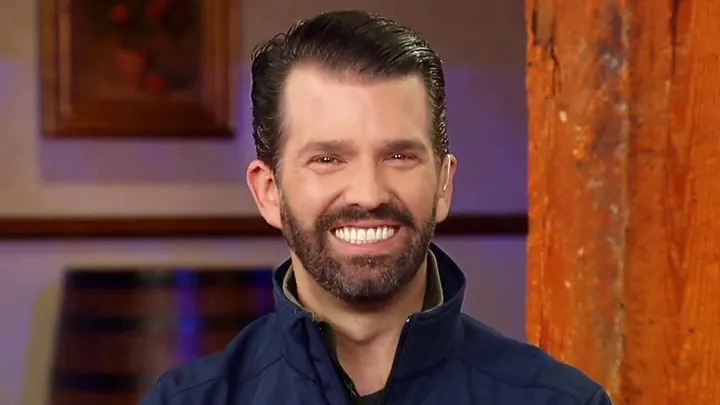 A ruling by a US judge stating that former President Donald Trump and his children must testify under oath at an upcoming fraud investigation has sent former first son Donald Jr into a video-posting frenzy that is reportedly ‘blowing through sets of teeth’ at an unprecedented rate.

Trump Jr, known for loving his father very very much, was spotted with ever-shrinking teeth during a 4-hour live stream this morning while ranting about the ridiculousness of the upcoming civil trial which will also involve him, his brother Eric and their sister Ivanka.

It is assumed that Don Jr’s rampant teeth-grinding is a side-effect of being the most loved son in the family with specialist dentists on standby around the clock to click a fresh set in after each impassioned Facebook Live post.

“The stress of this case is causing havoc on Don’s beautiful, natural smile,” said a source close to the Trump family, but not close enough to be subpoenaed for anything.

“And it also seems to be making his nose drip a bit, his eyes water, and even his gums hurt. Poor guy is just rubbing them all the time. But nevertheless, he doesn’t let it get to him! He’s still the same old super-energetic Donnie. Just look at him there, why he hasn’t paused for breath in well over two minutes! That’s the kind of guy a father could be proud of!”.

Don Jr hopes the issue is resolved in time for his father’s mooted 2024 re-election campaign, which he hopes will be the time that his Daddy finally tells him he’s proud of him.