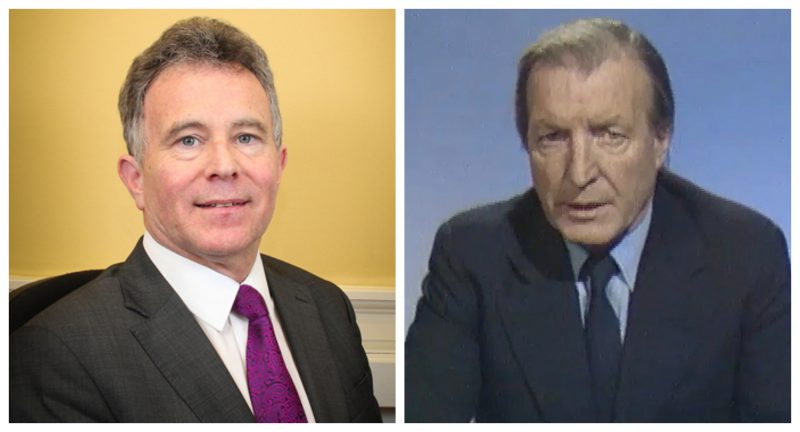 FIANNA FÁIL TD and Junior Minister for Sounding Out of Touch Sean Fleming has sought to apologise for his comments in an RTÉ radio interview during which he stated people struggling with the rise in living costs simply needed to ‘shop around’.

“It wasn’t actually me who said those things I was possessed by the ghost of Charles Haughey,” said Fleming, earner of €1k plus a week net, of his comments to the public to stop moaning and just switch energy providers and pay attention during the weekly shop.

Stating that the demonic political possession only lasted the duration of interview, it still remained a shocking and harrowing experience.

“I could hear the words Charlie was making me say but I was powerless to stop it, I had seriously considered sewing my mouth shut in the event of him saying ‘we are living way beyond our means’, ‘let them eat cake’ or ‘just stop being poor’,” shared a shaken Fleming, of the former Fianna Fáil leader’s appearance from beyond the gold plated grave.

In order to rid Fleming of Haughey’s demon, a local priest performed an exorcism by slapping Fleming up side the head and saying ‘cop on’ while also burning some Charvet shirts.

Local ambulance services confirmed they had been aware of reports of a car crash interview but could not respond to the scene at this time.

Elsewhere, embracing Fleming’s helpful advice members of the public confirmed to the Laois-Offaly TD that they would be ‘shopping around’ for a new government next election.