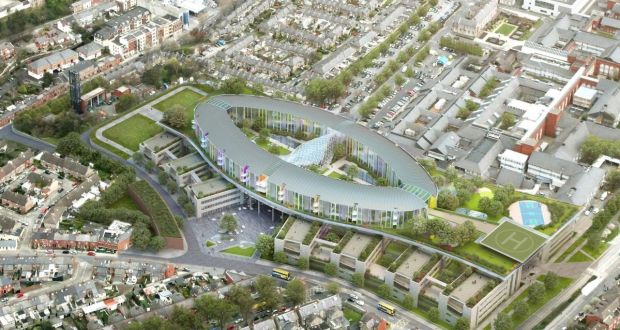 WITH fresh estimates as to what it’s going to take to complete the National Children’s Hospital arriving every day, nobody’s sure as to just how much the final cost is actually going to be, but one thing is for certain, the final tally is certain to nose its way into the top 10 list of the world’s most expensive buildings of all time.

But why settle for top 10? The costliest, longest-running construction project in the history of the state can go all the way to the top of the list, however it’s going to take a lot more than the builders buying name brand teabags to get there:

1) Keep downplaying how much it will finally cost

If there’s one thing that has preceded every single dime pumped into the snake-bitten NCH project from day one, it’s a definitive statement from the government that no more money will be spent and that total costs have been finalised.

As night follows day, these statements are followed by further costs that just keep pushing the total higher. If Ireland really wants to nudge the likes of the Burj Khalifa out of the way, we’ll need a senior government spokesperson to state that ‘there’s no way it’ll be more expensive than the Burj Khalifa’, then just wait six months.

2) Roll the costs of the tribunal into the budget

It’s inevitable that the project is heading into tribunal territory, and those things take years and run into tens of millions of euro. So why not just factor those costs into the NCH bill and be done with? It’s all taxpayers money and it’s all going in the same direction, so we may as well use it to give us a number one spot.

High-priced consultants have been as integral to the NCH as buckets and spades. And although there are many on the job already, why not get a few more? They’re the easiest, most cost-ineffective way to go from on budget to over budget. And the best part is, nobody can say what they actually do, so nobody can say there’s too many! We’ve this in the bag lads!

The true cost of the NCH won’t be known until the place opens, and all the things that don’t work, well, don’t work. There’s bound to be a snag list a mile long, and that’s before the inevitable lawsuits arising from kids who didn’t receive adequate medical treatment due to malfunctioning equipment, or just loads of nails sticking out everywhere.

And as we mentioned in point number 2; roll the cost of this into the overall budget, instead of making it a separate thing. It’s all coming from the one pot!

5) Pay the labourers a living wage

The NCH is almost three times it’s original 465m budget already, but can you imagine how much higher that would be if entry-level workers and apprentices were being paid even a fraction of the wages that the top brass at BAM are making?

And yeah, we know that they are making a fraction of the wages of the top brass at BAM, but we mean like a big fraction, not a tiny fraction.

Paying people a decent wage is never something the government or indeed the construction industry in general likes to do all that often, but we implore them to do so now! We need that record!