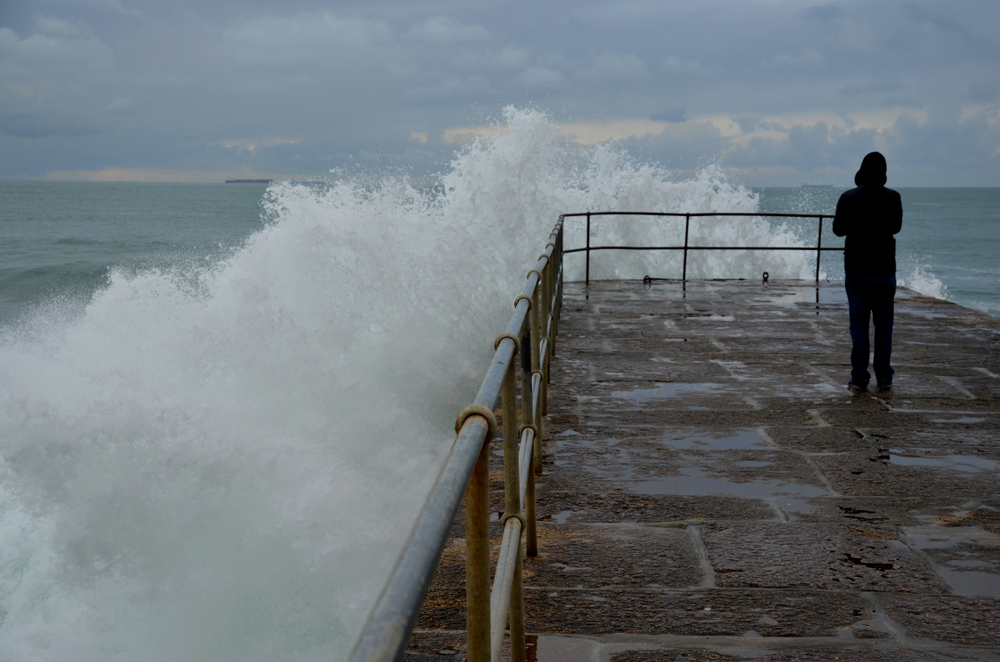 BRUSHING aside pleas to remain at home due to torrential rain and gale force winds along coastal areas, Tramore man James Perry has headed out with his smartphone to nab a shot of waves crashing against the shore for his Instagram.

“James, for the love of God would you please think about your family” pleaded his wife Charlotte, as the 32-year-old headed out into the tempest.

“You’ve already posted photos of waves hitting piers in other storms, why do you have to risk your life to do it again? Are 37 likes that important to you? James? James!”.

Undeterred, Perry headed to his nearest pier where massive waves powered by treacherous winds pounded into the rocks, sending sea spray over anyone foolish enough to have left their warm house on such a dreadful day; in this instance, mostly people taking iPhone shots of the weather.

“Sea’s high today” chuckled Perry to himself, composing the caption to his post that he hopes will be featured on a blog or website, beating out his rival amateur storm photographers by being just that bit more ‘wow’.

“Now what would be best here, landscape or portrait? Maybe even a Boomerang so you see the wave crash – yeah, that would be badass. Now, I don’t like the look of your man over there, he’s closer to the waves than I am… well he needn’t think he’s getting a better shot than me! Time to roll up the trousers!”.

Although Perry has not been seen in several hours, his phone continues to live stream some very impressive shots of waves on Facebook live, which his friends consider ‘a fitting epitaph’ for him.