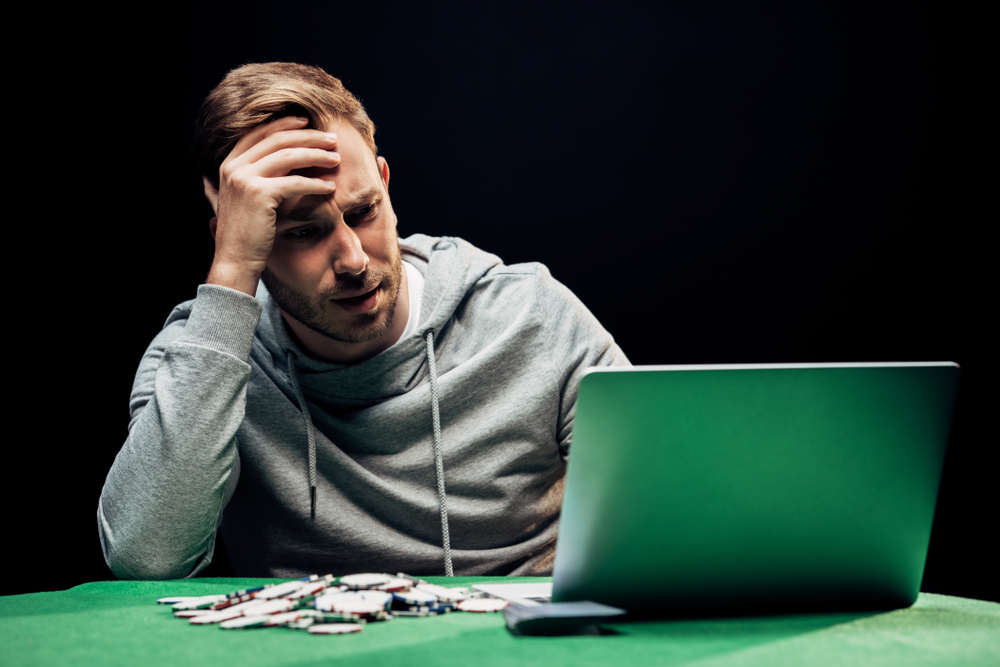 REALISING he will probably never win enough money to actually extract from his online poker account, despite putting hundreds in over the years, Mark Bolger has finally admitted that he is pure and utter shite at poker, WWN has learned.

“I must have spent weeks at it, years nearly, but no matter how much I play I’m still awful,” Bolger explained, now on his 2nd bottle of red and going all in with pocket tens, “I don’t know what it is; I start off really well and then after a couple of hours I lose me bollocks”.

Losing yet another hand, Bolger wondered if maybe the other online players were cheating somehow, before filling his bong with weed and taking a massive hit.

“Yeah, that’s it, half these lads are from Brazil and they’re probably all in the same room together laughing at me losing all my money,” he contemplated, now forced to close one eye as he was getting double vision, “that’s it, no wonder I haven’t been playing well, I’m being rode by a bunch of lads in a tent somewhere”.

Raising with a seven and two of hearts, Bolger promised himself that this would be his last hand ever, knowing his terrible cards were sure to lose.

“Well, would you look at that – I’ve a flush!” he said, perking up a bit, before transferring another 50 euros to his account and eyeing up a third bottle of wine in his rack. “Do you know what? I think this is my lucky day”.