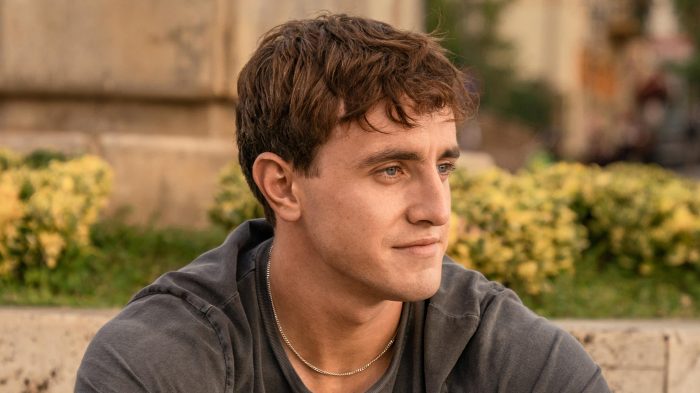 IT’S BEEN an absolute miserable prick of a year for everyone across the planet. We speak to Ireland’s next acting great, Paul Mescal, about how 2020 was the ultimate year to forget for all 7 billion plus people not called Paul Mescal:

PM: “Aw, honestly, just over the moon with how well received Normal People was. So many people worked so hard to get it to be the success it was. Like, 2020 – what a year!”

WWN: “Eh, yeah, congrats on the success Paul, but just to get back to the corona… ”

PM: “65 million times! That’s how many times it was streamed it on the BBC player”

WWN: “Right, yeah. A lot of people we’ve interviewed have said 2020 felt like a ‘lost year’, like something had been robbed from them in essence. Would you concur?”

PM: “And then suddenly Mick Jagger’s on the phone like ‘hey kid, we want you to star in our music video’. Mind blown”

WWN: “Yes. A fierce hardship endured by everyone, did you find moments of quiet contemplation? Asking yourself, like everyone, ‘when will this horror end?'”

PM: “Not just be in the video either, like I was the only person in it. A whole Rolling-fecking-Stones video to myself! Then bam! Outta nowhere I’m nominated for an Emmy”

WWN: “There’s no doubting your incredibly powerful performance in Normal People, but again, to circle back on the endless suffering for a moment…”

PM: “Singing with Dermot Kennedy! If you’re asking me what my highlight of the year was!”

WWN: “Did you find positivity hard to come by? Those losing their jobs, separated from… ”

PM: “Phoebe bloody Waller Bridge directed me in a music video for Phoebe Bridges then! Luckiest person on the planet”

WWN: “And with the rising mortality rates everywhere, did you find it hard to ‘switch off’ as they say?”

PM: “It’s gas that isn’t two Phoebes, Bridge/Bridges. Haha, what are the chances?”

PM: “And I’m off to Australia to do a part in my first ever big blockbuster movie! 2020, you fucking beauty!”