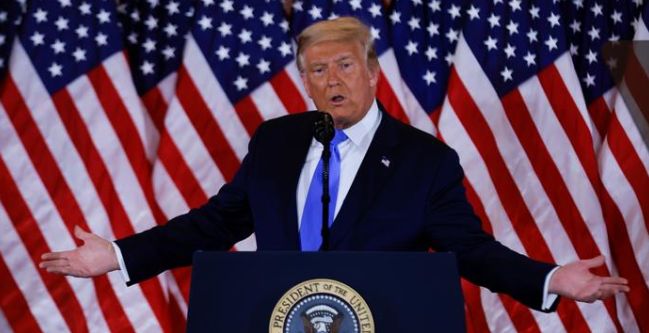 DESPITE having the American people, countless failed lawsuits and now the electoral college confirming the results of the 2020 US election for him, one loser is still not getting it.

The individual, having lost more money than anyone else in America in the 1980s, is believed to be well versed in losing, if not the most experienced individual in the field of losing the world has ever seen.

Prepared for a life of losing having lost his father’s love before ever gaining it, it is believed this is the second time the loser, still unable to admit he lost, has lost the popular vote.

Diagnosed with a specific form of dyslexia which sees him mix up the words ‘lost’ and ‘won’, the loser has incorrectly stated all his losing has been winning. The supreme loser was said to outraged when the Supreme Court recently confirmed he was a loser but granted that when it came to whinning, he was the only winner.

“We’ve explained it fast, slow, with big letters, put it in neon lights, but no matter how we show him what a loser he is he comes out saying he’s ‘winning’,” explained one exhausted aide tasked with stating the obvious to the oblivious.

The failure, who has three failed marriage and a divorce from reality pending, repeatedly asks aids to switch over from the channels that call him a loser leading to aides developing repetitive strain injury from repeated pressing of the remote control.

“Change it again, they’re calling me a loser,” the loser said to a now empty room, having lost everyone.