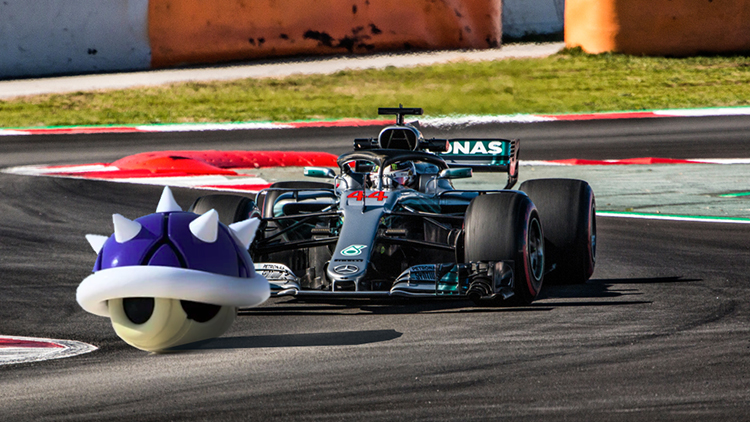 THE world of Formula 1 was turned on it’s head this year, as six-time world champion Lewis Hamilton was cruelly robbed of a podium position after being ‘lifted out of it’ by a 1st-place-seeking blue shell fired by some coward miles back in the pack.

Hamilton, who had been miles ahead of the pursuing racers for the entirety of the inaugural Koopa Trooper Grand Prix, was the first racer to fall victim to the sport’s new rulings, aimed at giving the races a more Mario Kart-esque flavour, following criticisms that watching 30 lads circle a track for 4 hours was growing a bit monotonous.

“How is it fair that some bastard a mile behind me can launch a blue shell that I can’t avoid, can’t outrun, can’t deflect and can’t intercept?” groused Hamilton, who lost four places after his car was tossed up into the air by the explosion, causing him to crash over the edge of a waterfall and be airlifted out by a wee lad on a cloud.

“And I didn’t even get to see who launched it. Who was it, the cheating prick? Verstappen, you have anything to say about this? Or Vettel, was it because I left you with a banana up your arse on the second lap? None of you were ever going to catch me, so it’s not on that you ‘d knock me off the top spot out of spite. Arseholes! All of you! Even you, the guy who’s just a pile of dinosaur bones! I won’t forget this!”.

Hamilton’s failure to finish on the podium will set his 2021 season back considerably, and could cost him his first ever Mushroom Cup.