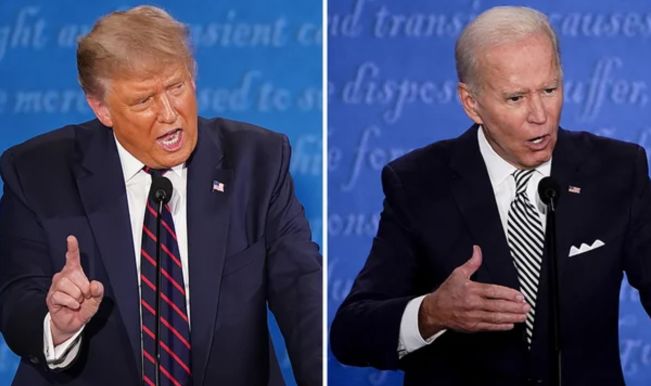 THE October 15th ‘virtual debate’ between President Donald Trump and Democratic nominee Joe Biden has been called off after Trump refused to participate; but by using sophisticated AI, we’ve been able to create a near-flawless rendition of what would have went down.

We forced a specially-programmed bot to consume hours of Trump’s 2016 debates and data from the first clash between the pair, as well as the heated clash between Kamala Harris and Mike Pence. We then asked it to write the second debate as it would have happened. Here are the results:

I am here for America, states the oranger man.

I too America, states the paler man, with more uncertainty.

There is a middle man but no woman.

Middle man: What do you think of the other guy?

Orange: The other guy is weaker than I, a powerful man.

Middle man: Can you tell me about China, specifically China.

Pale: My son is not to be debated here.

Internet: hey, did you see that viral occurrence that occurred, hahaha let’s all make the same joke.

Hours pass in a blizzard of noise

Orange: They love me.

Orange: A woman’s emails still haunt me to this day.

Middle man: Well, I think we have all seen quite enough of that. Good bye America.

America: (is on fire)