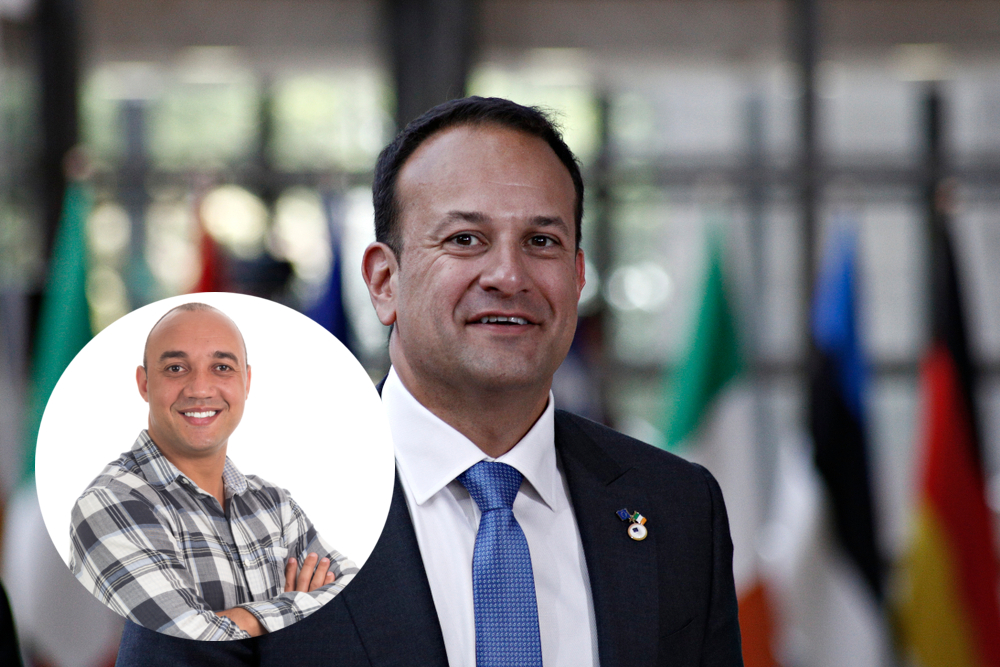 PART-TIME Taoiseach Leo Varadkar has been stood down from high alert after aides told him the man he spent an hour chatting to while walking through Phoenix Park on Saturday was probably not Hollywood legend and 10-time world heavyweight wrestling champion Dwayne ‘The Rock’ Johnson.

Varadkar had moved himself into self-isolation after the meeting with who he believed to be The Rock, later revealed as a particularly well-built Deliveroo cyclist, in a bid to protect those around him and also oar ‘his pal Dwayne’ into the conversation at every opportunity.

Although Johnson tested positive for Covid-19 many weeks ago, Varadkar considered it ‘probably best’ to self-isolate himself, much like when he isolated in April after meeting Tom Hanks and Idris Elba, apparently.

“Big weekend for the Tánaiste, yeah, he got doused in a smoothie by Avril Lavigne and breathed on by The Rock” sighed one of Varadkar’s state-appointed aides.

“We said L’eo, look, even if The Rock was still infectious, which he isn’t, or if he’s in the country, which there is no indication that he is, it’s highly unlikely that he was wandering through Phoenix Park wearing a Deliveroo hoodie’. We said look at your selfies, Leo. That’s not The Rock. And while we’re at it, that’s not Michael Bolton either”.

Varadkar has been commended for isolating himself, but also reminded that as long as he keeps up his record of avoiding contact with meat-processing workers, Direct Provision inmates, the elderly, the needy and the poor, he should be fine.