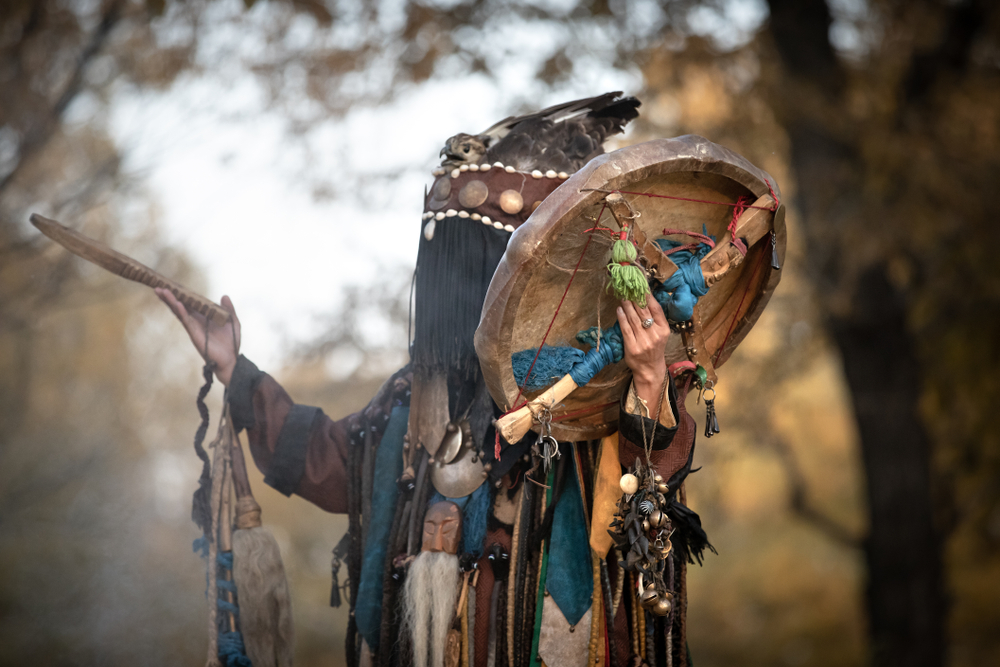 FOLLOWING news that the Central Bank of Ireland found widespread use of differential pricing by firms in the motor and home insurance industry, WWN travels to the hill of Tara in County Meath to meet the source responsible for Ireland’s insurance premiums, local Shaman Seamus McGee.

Arriving before dusk, our guide stops his 202 Land Rover and explains the route ahead, before charging us €50 euros for the ten kilometre journey from Ashbourne.

“Just walk straight up the hill until you come to a toll gate. Pay the toll and you will then gain access to the Shaman’s lane leading you straight to his tent,” our guide explained, tearing off in a plume of dust down the road at high speed.

Paying the €200 toll, we were amazed by the sophisticated electronic gate system and the amount of CCTV cameras around the Shaman’s ‘tent’, which more closely resembled a marquee you’d see at a trade fair.

“Ah, you made it,” a crusty sounding voice bellowed from behind the tent doors, which had a handle and glass paneling, “I understand you are looking for a premium or a quote? What company are you with?”

Having falsified some documents to make it appear as though we were an insurance broker as part of this investigation, we handed them over.

“We’re a small town brokerage and were looking for some premium spiritual guidance,” I replied, now winking as I was told to do earlier by our guide.

“Ah, yes, small town in Waterford, but lots of congestion, right?” our Shaman winked back, now lighting up some incense and ingesting what we believed to be dried mushrooms of some sort and a series of numbers from one to nine, “lots of black spot areas too, I bet? And anti-social behaviour?”

“Yes to all of the above,” I replied, aiming now for the maximum premium I could find.

What followed was to be an hour of dancing, chanting and purging, before Shaman Seamus returned from the premium spirit world with tales of his visions and a set of vomit saturated figures, and a matrix to help explain to insurance customers why they’re getting charged so much. “The more figures you give them, the less they will understand”.

“Wow, these are actually extortionate!” I told our spirit guide, now calling my editor to see how much notice I have to give him if I want to leave my job for the insurance game.

With our lucrative premium algorithm to hand, we parted ways with Shaman McGee, but not before being summoned back one more time.

“Are you forgetting something, assholes?” he asked, referring to a large cash rebate for his efforts and a annual performance bonus.

“So sorry, Shaman McGee, we nearly forgot,” I apologised, handing him a suitcase packed with non sequential bank notes for his offshore bank account in the Isle of Man.

“Go forth and insure, my sons,” the Shaman concluded, “but remember, never reveal our secrets to the plebs”.