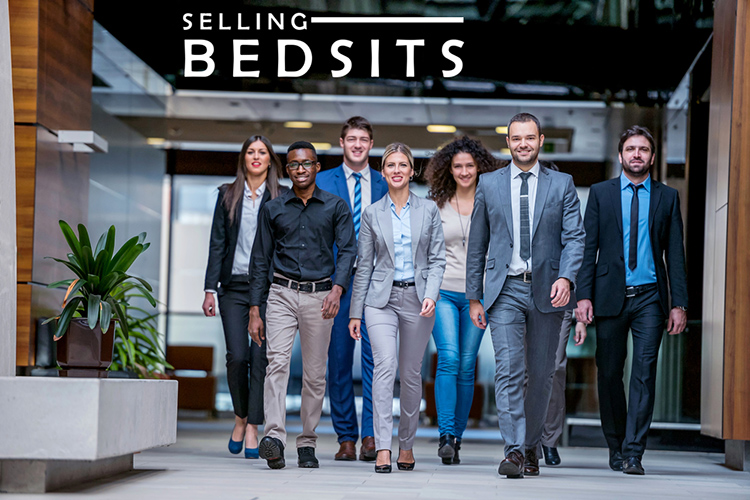 BUILDING on the wildly popular success of the LA property centred reality TV show ‘Selling Sunset’, Netflix is wasting no time in replicating the winning formula on Irish shores.

Just as glamorous as the LA-based iteration, sprawling Beverly Hills mansion will make way for cramped €1400 a month 22sq foot hovels of Dublin City with a BER of Z. In a slight tweak to the format, all properties are rented out and not sold, owing to the fact they are all already owned by private pension funds.

In a brief teaser clip released by Netflix, Bedsits’ estate agents Lorna, Jade, Davey and Mary spend 12 minutes in a bedroom/sitting-room/toilet/kitchenette repeating the words “so luxurious” and “OMG so spacious”.

The drama is just as much a part of Selling Bedsits as its US version. In one scene, Lorna pays a private security firm to turf some Brazilian students out of a property after they complain about an electrical fire.

“This is the biggest test of my real estate life; I’ve to convince a well-to-do Dublin couple to take their AirBnb bedsit off the site and sell it to a lad who wants to rent to asylum seekers who can’t risk complaining about the carbon monoxide alarm blaring 24/7,” says Jade in another emotionally charged scene filled with dramatic music.

“I just closed on renting somewhere with extensive mold and structural damage for €1400 a month to a desperate couple,” Bedsits’ Davey declares joyfully to colleagues while ringing a bell in the final teaser clip released by Netflix.

Much like its predecessor, Selling Bedsits will also feature two psychopathic twin estate agents who openly show favouritism to female employees they aim to sleep with.