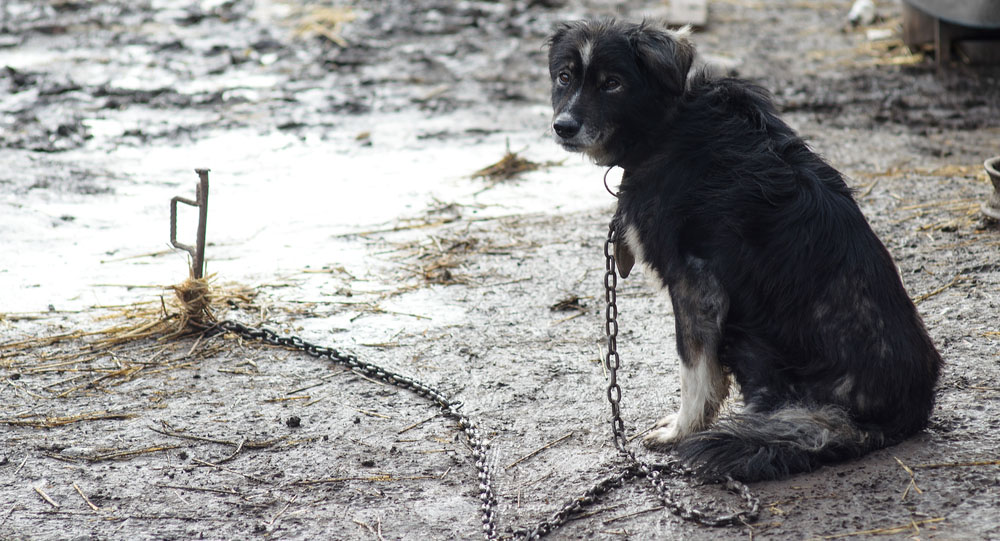 A COUNTY Waterford dog has called on dognappers to spin around the Dungarvan area this week as it has had enough of its owners blatant mistreatment of him, stating life couldn’t be much worse with its new captors than it already is.

Shep, a sheep dog cross, urged thieves to search backyards for chained up dogs in the hopes that one day he will finally leave the house.

“When you’re chained up in the back for a few years you’re open to all other options,” the 47-dog-year-old opened up, scratching at his mange, “seriously, whoever is snatching dogs couldn’t do to me what this lot has already done and if it involves the slow release of death, then so be it”.

Bought as a Christmas present in 2016 for ‘daddy’s little princess’, Shep was soon sentenced to solitary confinement following a urination incident, with him since chained to a wooden pole in the backyard.

“I’ve given up barking as the only people who seem to hear me are the neighbours who shout out,” Shep went on, before shushing this reporter after hearing an engine noise. “Whisht! Do you hear that? Sounds like a van to me, hopefully they’ll hear me bark and take me out of here”.

Following several loud barks and attempted wall jumps, a rather deflated Shep curled into his favourite spot on the concrete before giving off a little whine.

“Man, I do anything to be walked into a van right now. Anywhere but this kip,” Shep added, asking this reporter if I’d leave ‘a tag outside’ the family home.