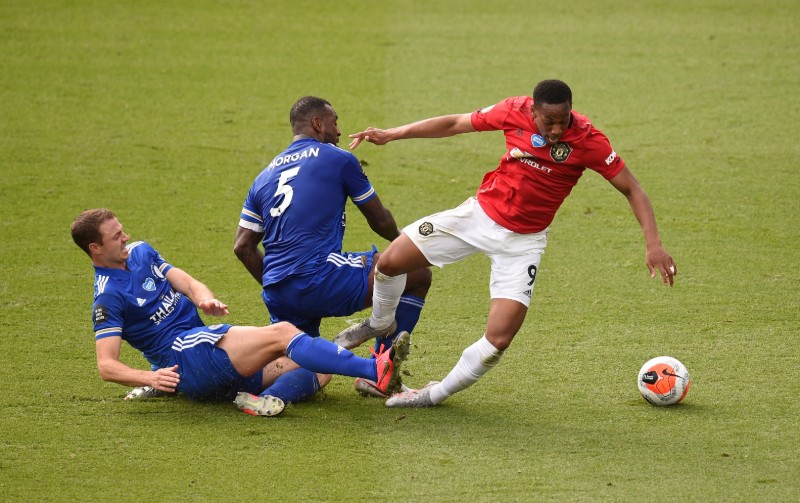 A SCANDAL as astonishing as recent revelations of Russian interference in British politics has been discovered at the very heart of the Premier League, WWN Sports can reveal.

Manchester United’s 2-0 win over Champions League rivals on Leicester City on the final day of the season looked routine until VAR replays revealed that Leicester defender Jonny Evans is in fact a Manchester United sleeper agent as evidenced by his gifting of a penalty to the 19-time champions and his subsequent attempt at an amateur leg amputation on Scott McTominay.

“There’s no denying it, you can see it in the replay as Evans is racing back, Ole shouts ‘The Class of 99’ which is clearly the secret code word that ‘activates’ Evans whose eyes begin emitting an unmistakable red glow,” confirmed one anonymous football source.

The source went on to reveal the Sleeper Agent programme was initiated under Sir Alex Ferguson, who, inspired by Hollywood Cold War movie plots, conditioned all departing and former United players to respond to a phrase which sees them then carry acts of self-sabotage.

“It’s like the Soviet Super Soldier programme back in the day, only this isn’t about the fate of the world, it’s much higher stakes stuff; enabling United to qualify for the Champions League so they secure more money from their exclusive noodle partner in Asia”.

However, the programme hasn’t always worked effectively as some conditioned players and their ‘Class of 99’ commands malfunction which explains why Phil Jones and Jesse Lingard keep turning up for training.

Elsewhere, football fans pointed out that the Sleeper Agent programme still did not explain why Bruno Fernandes does an impression of someone trying to mount a donkey when taking penalties.