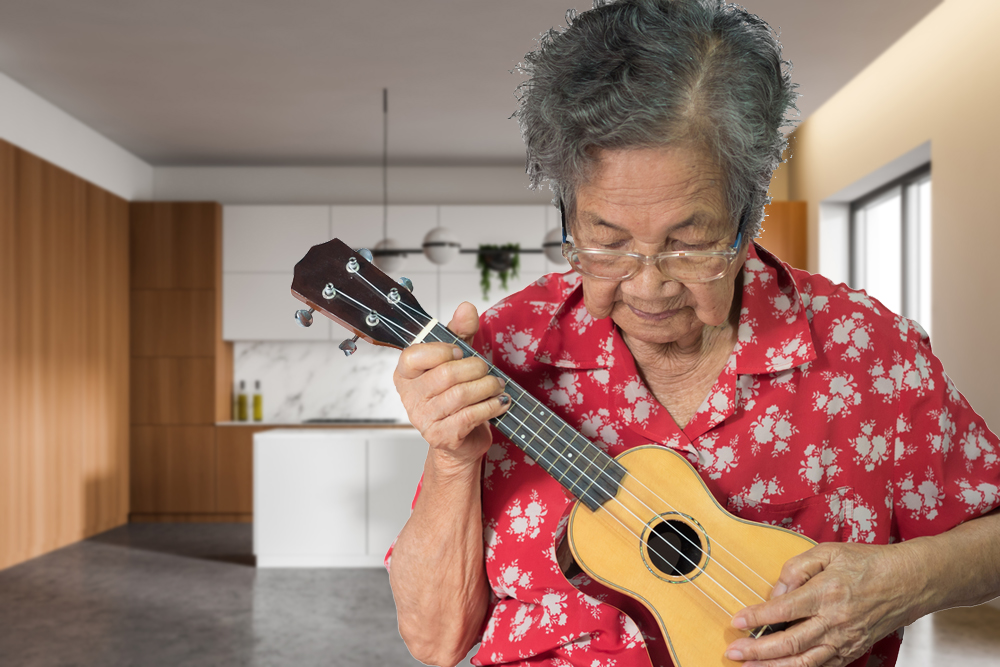 ONE WATERFORD grandmother is steadily gaining a reputation as an impressive ukulele shredder after taking up the instrument while cocooning during lockdown, WWN can report.

One of 450 people who received a ukulele while cocooning and went on to record a video as part of a project spearheaded by Irish musician and man your girlfriend would leave you for Niall ‘Bressie’ Breslin, 73-year-old Nora Hennigan has described her musical journey thus far.

“When I first got it I thought someone had shrunk a guitar in the wash. When I saw ‘ukulele’ written on it, I thought it was ‘handwash only’ written in Swedish or something but after a lot practice I can craic into ‘Killing In The Name Of’ and ‘Enter Sandman’ something fierce,” explained Hennigan before delivering an impassioned rendition of the ‘Fuck you, I won’t do what you tell me’ portion of the Rage Against the Machine classic.

While it is early days in her ukulele playing career, Hennigan has expressed an interest in taking her talents on the road once touring becomes a possibility again.

“CBGBs, Glasto, Picnic, all the iconic venues. The money and the fame isn’t the big thing to me, but the backstage rider at gigs must include a fresh pot of tea and some wool and knitting needles,” Hennigan explained, her rampant ego already reaching epic proportions.

If you’re one of those weirdos who enjoys the uplifting sound of 450 pensioners playing ukuleles together then you can listen to the podcast here: