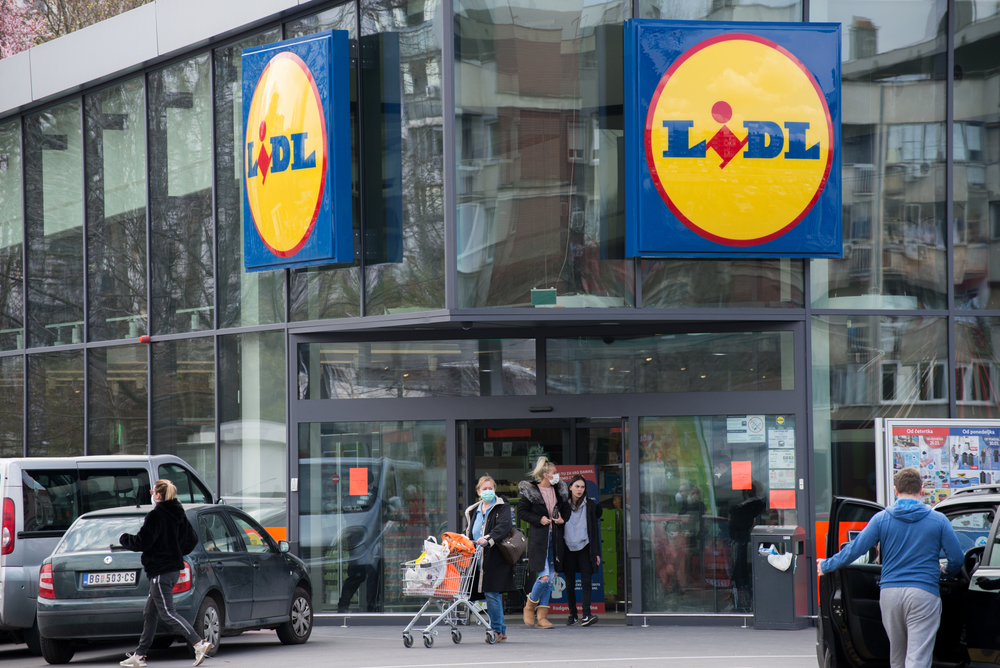 ONCE the Holy Grail for eager shoppers looking for the 18th century scuba diving gear they never knew they needed and, wow, at such competitive prices, the middle aisle in Lidl looks a whole lot different these days due to the Covid-19 pandemic.

The brains behind what irresistible items and bargains you find in Lidl is Chief Middle Aisle Procurement Officer Agnieszka Doyle and she explains all to WWN.

“Normal everyday stuff Irish shoppers want and need like buy one get one free bulldozers, a 12ft tall statue of a horse made out of jelly and a pack of 78 pairs of white socks, that’s what the middle aisle was once all about,” Doyle explains as she gives us a socially distant tour of a large Lidl warehouse which is home to excess stock of some middle aisle hall-of-famers such as a 945-piece drill set, Baby’s First Tranquiliser Gun set, a bear trap, a fly encased in amber carrying genuine dinosaur DNA and a Norman-era catapult.

“But now with the pandemic, things have changed for the middle aisle, possibly for forever,” Doyle explained now guiding us to a hitherto hidden section of the warehouse. A reinforced steel door is unlocked with a voice command password of ‘two crates of Perlenbacher please’.

The door opens to reveal a modern vision of Willy Wonka’s factory, except instead of Oompa Loompas it’s populated by burly warehouse lads all named Mick and instead of sweets and rivers made of chocolate it’s an assortment of things you never knew you wanted to buy until you set your eyes on them.

Lidl have done their research and priorities have understandably changed for customers; focus groups returned clear verdicts and they no longer had an interest in a paddling pool that was also somehow a dart board and a blender, and this new top secret section of the warehouse reflected that change.

“This is due to launch in the middle aisle next week,” explained Doyle pointing at a flat pack biohazard suit with shoulder mounted machine guns that shoot out disinfectant.

“And that’s one of our bestsellers,” she said aiming a finger in the direction of a pile of biodomes which could hermetically seal off a town the size of Killarney all for the reasonable price of €39.99.

“We used to go by a complex formula of ‘Absolutely Mad Stuff Only A Lonely Bachelor Farmer Could Dream Up’ + ‘Affordability'” explains Doyle, “And that’s how things like the 3 flamethrowers for the price of 1 offer came into being but we had to adapt with these strange times obviously”.

How exactly customers respond to the new shift in middle aisle offerings is unclear but if the socially distant 14km queue outside the warehouse wasn’t anything to go by, there was possibly some interest in easy-to-assemble Doomsday bunker which was on special this Thursday only.