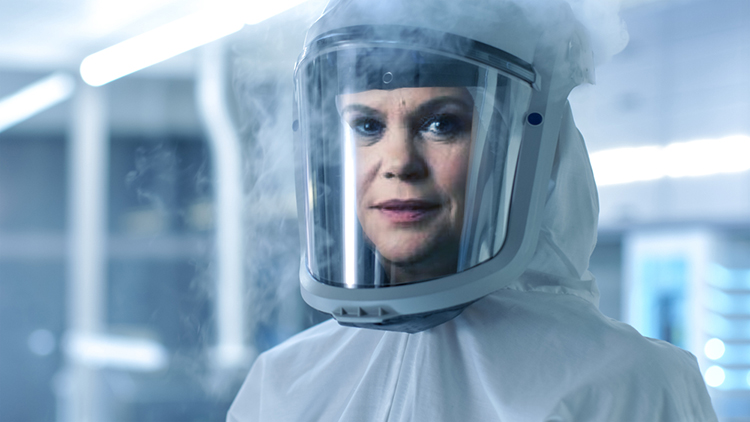 TAKING EVERY necessary precaution during nascent government coalition talks with Fianna Fáil, Sinn Féin leader Mary Lou McDonald is currently being placed in a highly secure hazmat suit, to give her a fighting chance against catching the devastating Fiannafáilvirus.

Such is the panic and paranoia around the all-consuming infection, the phone with which McDonald used to ring Fianna Fáil leader Micheál Martin to arrange an initial meeting was doused in bleach to stave off any chance of exposure to Fiannafáilvirus.

Then, the room the phone resided in was set on fire, before the building that housed the room was towed out to the middle of the Atlantic ocean, where finally the tanker it was towed out to sea on was torpedoed and sank to the bottom of the ocean where it hit a number of naval sea mines.

Suiting up with McDonald was Pearse Doherty, Sinn Féin’s coalition negotiator, and in between deep ‘kuuuuush puuuhhh’ breaths within the confines of the suits, McDonald told teary-eyed TDs not to be afraid.

“If I come back talking about how lovely brown envelopes are, how property developers are our only hope, we should bring back the Galway tent and SSIAs, then you’ll know I’ve been infected. Just follow protocol from there, I won’t be Mary Lou anymore, so don’t listen to my pleading. Just do the necessary,” a sombre McDonald said before heading to the meeting.

Patient zero for the Fiannafáilvirus, a Dublin man named Bertie Ahern, has talked about how it is incumbent upon Martin to entertain talks with Sinn Féin with many observers suggesting “this is exactly what someone looking to infect you with Fiannafáilvirus would say”.

“I would just urge caution,” confirmed one time contractor of the virus, Eamon Ryan, whose party was placed in quarantine for 9 long years before being adjudged to no longer have the infection, “sure wear the suit, but if even one molecule of Fiannafáilvirus touches the skin it’s game over man”.