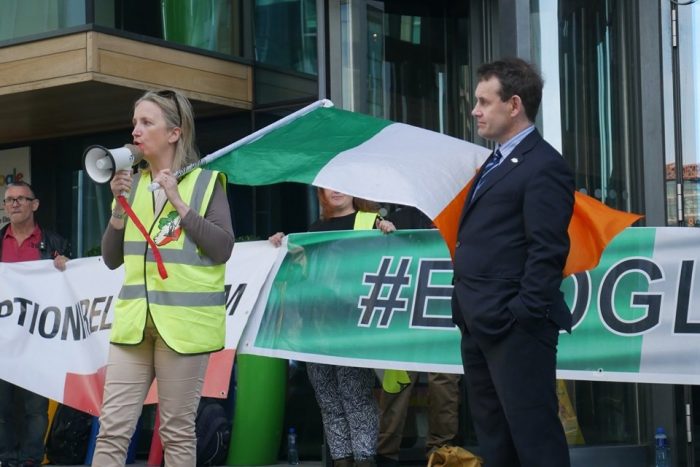 AS the final seats in the new Dáil were filled following GE2020, a clear message has been sent to candidates with controversial views on immigration, racism and human rights; you are not welcome here, unless of course you’re already here, in which case you’re grand.

Newly-sprung far-right parties such as the Irish Freedom Party, Anti-Corruption Ireland and the National Party, as well as an array of independent candidates with words like ‘patriot’ and ‘tell it like it is’ in their bios failed to make any sort of dent in the election, receiving a pitiful smattering of votes here and there, in most cases failing to garner enough to have their expenses covered.

With the far-right left licking its wounds and theorising about how the corrupt Irish system has kept them out of the Dáil yet again, praise has been heaped on the electorate for seeing these people for what they are, and only voting for racists who have been ‘around for a while’.

“If you’re some new party coming along with views on migrants or travellers, we’re sorry; the Dáil has those seats filled, thank you!” said one analyst, pouring over the data for constituencies such as Wexford and Galway West.

“We have no place in government for anyone who looks down on the weaker members of our society, unless of course they were already elected at some stage. And as for all those new parties that sprang up in opposition to the repealing of the 8th amendment. Ha! No chance. Only TDs who opposed the 8th at the time got re-elected, so yeah, on your bike, lads”.

The new Dáil has also shunned any new candidate who was a blatantly corrupt gombeen shyster, but again kept the few that it had to begin with.