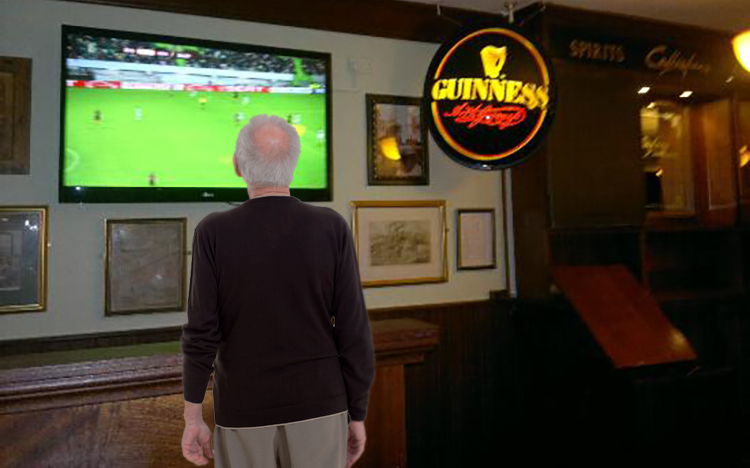 AN ELDERLY man believed to be enroute to the men’s toilet has reportedly stopped dead on his feet to look at some sport on TV, before continuing to shuffle on his way, leaving his exact intentions for stopping unknown.

Staff and punters in Connolly’s bar were left perplexed by the move, with some eyewitnesses guessing that the man was just trying to fit in with the crowd watching the game.

“He obviously has no idea who’s playing or even what the game is, so it’s really weird he’d just stop there like that,” put regular Tommy Shields, who was enjoying his daily few pints after work, “he could have just walked on like everyone else, but instead made it awkward for himself for about 10 seconds”.

Exiting the men’s room without even a hand dryer noise to play him out, the mysterious man stopped once again to view the game, before staring back at those watching it, and moving off again.

“What the hell is he looking at? It’s a bloody game of football, old man, big deal,” said another fellow customer, who thought they recognised the man from earlier in the week, “I think I seen the same auld lad staring at a motorbike outside Lidl last Friday, probably knows nothing about them either, the prick”.