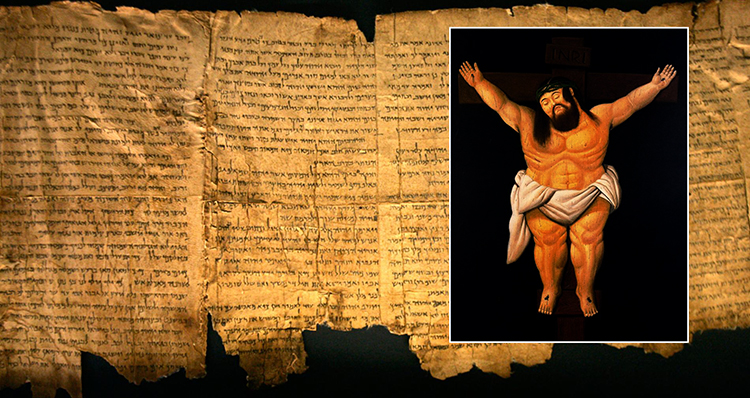 SINCE pictorial depictions of Christ Our Saviour began, there has been consistent, recurring physical features which have echoed down the centuries, defining his image in the mind of every worshipper however, this is all set to change thanks to some new research carried out by religious scholars.

Recently unearthed first hand accounts of Jesus reveal he was actually a stout barrel-shaped man with an embarrassing combover and stubby little toes which had an abundance of hair on them.

“Don’t forget the lazy eye, he had a lazy eye and no front teeth. All gums,” Christian historian Edgar Shaw explained to WWN as he poured over the scrolls.

“We can see here in this passage. The eyewitness, a local merchant, wrote ‘his physique was actually like a stale marshmallow. From a distance he’d look squishy to touch but when you hug him, he was quite firm for a rotund gentleman. Also, he cheats at cards. Not as perfect as everyone says'”.

The new information has been welcomed by all those wishing to know more about the teachings of Christ with the Vatican receiving the newly discovered descriptions of Him warmly.

“Our first action will be to remove all the crosses from churches that have a totally ripped Jesus with killer abs on them,” explained Vatican spokesperson Fr. Chad Jennings.

“We’ll have to update all the priceless art with Jesus – the Pieta will be re-carved to show the true Jesus, hideous beer belly and all”.

Sensitivities around Christ’s portrayal remain heightened as evidenced by Christians in Brazil firebombing the offices of a production company responsible for depicting Jesus as a smoking hot gay in comedy ‘The First Temptation of Christ’.