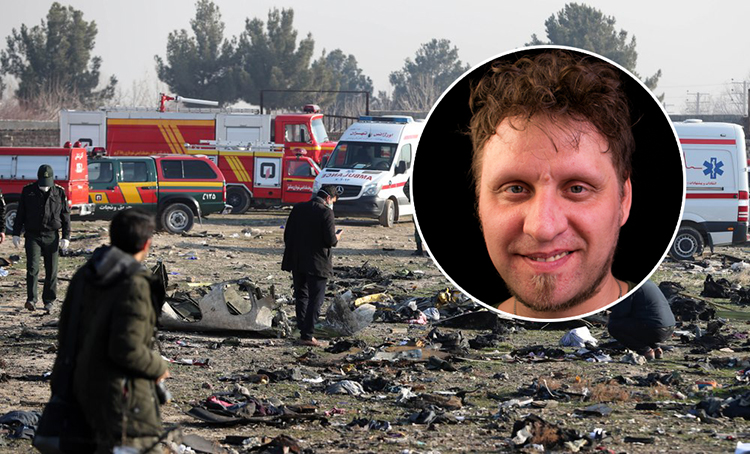 INVESTIGATORS into the crash of the Ukrainian International Airlines 737 that killed all 176 people on board have been told to stand down, as Waterford mouthpiece Seamus O’Hanlon is ‘fairly certain’ he knows how it all went down.

O’Hanlon, 34, has emphatically stated from the get-go that it had been the work of the Americans acting to discredit the Iranian government by shooting down a commercial airliner in Iranian airspace at a time when the Iranians were launching strikes against American bases in Iraq, something he calls a ‘classic post-psy-op move”.

Despite evidence emerging that the plane may have actually been wrongfully brought down by an Iranian missile, O’Hanlon has continued to spread his version of events on social media, in comments sections underneath articles on the subject, and to pretty much anyone who will listen to him.

“Well number one, there’s no chance that thing just crashed, not with a safety record like Boeing has” smirked O’Hanlon, known locally as a dose.

“And the Iranians accidentally bringing it down? Nah, that’s too clean. It’s the first rule of being right on the internet; ignore the ‘facts’. If the Iranians brought it down, how does that benefit Putin? Where does Clinton factor into all this? This wasn’t a random accident; this is an operation ten years in the planning. Just look at the facts. My facts”.

O’Hanlon has also rubbished footage that has emerged of a missile striking the aircraft, stating that ‘you shouldn’t believe your eyes, or your ears, or any of the rest of your face’ when it comes to these things.