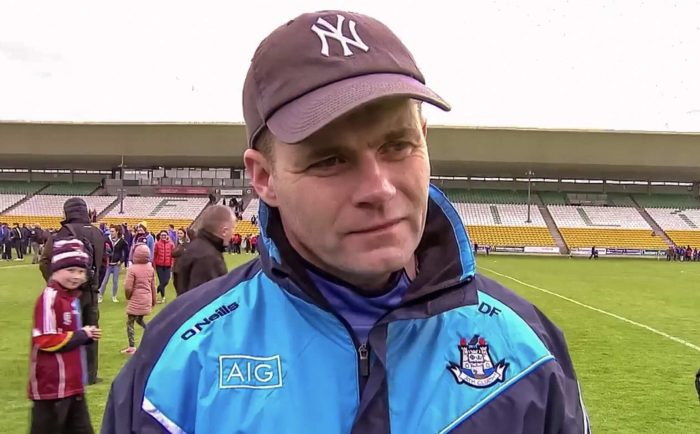 DUBLIN FOOTBALL legend Dessie Farrell has been announced as Jim Gavin’s successor as next year’s winning All Ireland Football Championship manager, in a decision welcomed by Dubs everywhere.

Farrell’s role as 2020’s All Ireland winning manager will involve relaxing walks up and down Croke Park’s touchline with much time focused on practising his trophy lifting technique in time for next September.

As Dublin’s panel is filled with a wealth of talent of intimidating strength and depth, expectations are high but level headed Dublin fans still back Farrell to win six All Irelands in the next five years.

Farrell’s unveiling was made at the county’s annual convention held at Parnell Park and after taking up his role in what people call ‘the easiest job in the world’ he met with large positive cheers of ‘no pressure’ and ‘don’t fuck this up’.

Speaking on RTÉ flagship ‘Up For The Dubs Steamrolling Teams & Lifting Sam’ Farell said it was an honour to appointed winning coach of next year’s All Ireland.

Elsewhere, rival counties have opted to create their own All Ireland Championships to which Dublin’s invite will be conveniently lost in the post and blamed on the annual Christmas postal rush. Secretly, some GAA have fans have admitted that having a strong and dominant Dublin is a beautiful gift that allows them to enjoy months of non-stop ranting year in, year out.