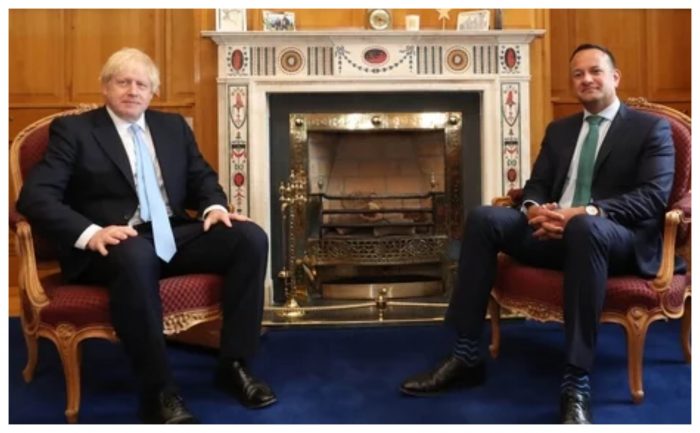 FOLLOWING THE unveiling of Boris Johnson’s Brexit proposals that could serve as an alternative to the backstop, the Irish government has been left in the tough position of choosing between stating once more that the backstop is the only available option on the table that safeguards the Good Friday Agreement or embracing the steaming pile of shit Johnson has vomited onto a four page document.

“Oh, this one is a toughy,” stated Tánaiste Simon Coveney while placing Johnson’s plans in a bin normally reserved for the results of dog fouling.

Likened to the work of a demented chimpanzee, suffering from a repetitive brain injury and working in a windowless room with no light, Johnson’s Brexit proposals have, in record time, failed to get the support of Northern Ireland’s businesses, civil groups or anyone with a brain, compared to the backstop which had been agreed by 28 EU nations, including the Britain.

Chiming in, the British government confirmed its continued puzzlement as to why Ireland cares about the ‘worthless and bothersome savages in Northern Ireland’.