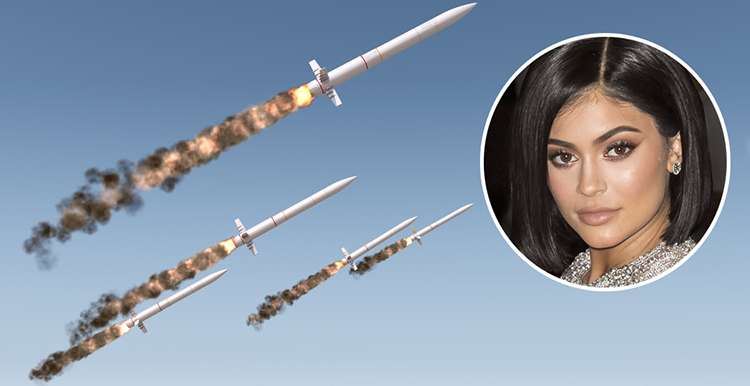 MEDIUM-to-long range ballistic missile enthusiasts took to the internet in their thousands this week to comment on Kylie Jenner’s latest line of ICBM strategic nuclear warhead delivery systems, announced in one of the star’s Instagram posts.

Capable of carrying multiple independent reentry vehicles with a combined payload of some 500,000 megatons, Jenner’s weapons of war sent nations across the globe into a frenzy as heated conversations flared up surrounding the build quality of the missiles, with some heads of defence suggesting that the ICBMs were ‘nothing special without the Jenner name on the side’.

“I can’t believe everyone is falling for these ballistic missiles after the debacle that surrounded Kylie’s 50 cal. sniper rifle?” offered one South-East Asian General, on a popular make-up and weaponry message board.

“The build quality is bound to be shoddy. The initial boost phase will probably be way less than is required to reach Iran. And even though it’s shown here in a neutral tone, it’ll look really plain when you get it out of the packaging and see it in daylight.

“Don’t fall for the glitzy shots of Kylie smiling as an airburst knocks out an enemy’s base of communications infrastructure, or a school. Wait until you see one of these things in action before you buy”.

Cautious approach aside, thousands of orders have been put in for the Jenner ICBM 3500, pushing the young mogul even further up the Forbes list of ‘Famous People Who Could Shit In A Bucket And Sell It For A Thousand Dollars’.