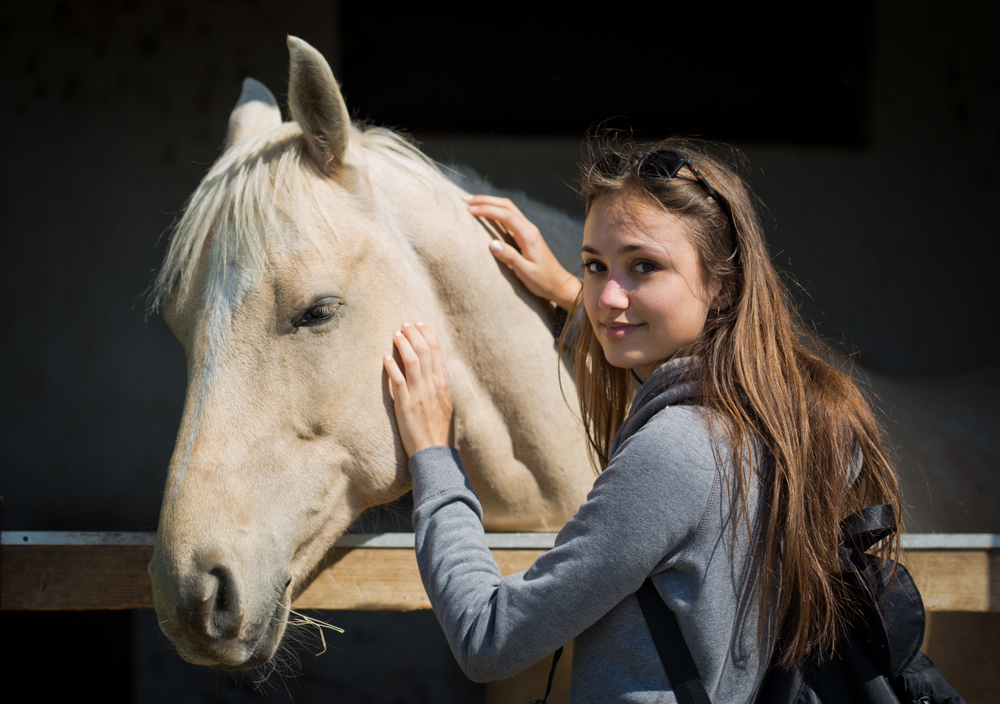 The woman, whose current age stands in stark contrast to her insistence in calling horses ‘horsies’, remains unrepentent in her use of the excitable, childlike term.

Clare Herrity (25) blurted the word ‘horsies’ out at the exact moment she spotted several horses in a field while on a walk with friends this weekend, and in her excitement rushed up to a gate meaning she missed out on her friends discussing her infantile burst of joy.

“Did she just say ‘horsies’?” a puzzled friend of Herrity’s exclaimed while making eye contact with another friend who was just as lost at the adult-brained system analyst’s regression into a childlike state.

“C’mere horsies, over here,” Herrity now said astride the gate, beckoning the horses with her open hand.

In a more worrying development Herrity’s girlfriend confirmed that this wasn’t the first such incident of drive by ‘horsies’.

“She did it when we were watching a movie with a horse in it, I thought nothing of it at the time, but now I’m I starting to wonder,” confirmed Herrity’s girlfriend.

The jury is still on whether Herrity is in tune with a perfectly happy outlook on life, not ground down by her 9-to-5 life, possessing an enviously positive disposition or she’s just a little peculiar.

At the time of writing, WWN was unable to confirm if Herrity calls cars ‘vroom vrooms’, trains ‘choos choos’ or cows ‘moo moos’.