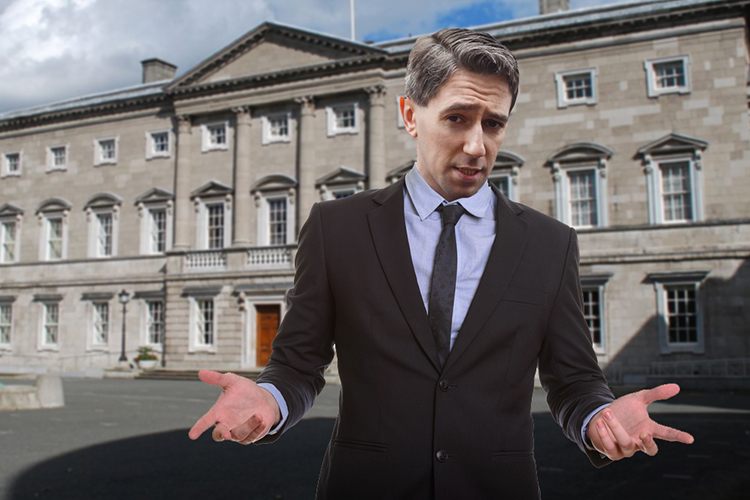 MINISTER For Health Simon Harris has been diagnosed with a chronic shoulder condition that has left him locked in a ‘hey, what can I do about it?’ stance, following nearly three years of dealing with the HSE.

Harris was forced to finally acknowledge the fact that he couldn’t unshrug his shoulders as the news broke that several grieving families were forced to have closed-casket funerals for their loved ones due to their remains been left lying in trolleys in University Hospital Waterford due to a lack of proper mortuary facilities.

Coupled with the Children’s Hospital issues, introducing fees for transport to disability day services, and the cervical check scandals of 2019 alone, Minister Harris had been shrugging an average of 200 times a day, leading to a breakdown of his already narrow shoulders and a permanent hunch.

“We’re going to work with Minister Harris intensely over the next few months,” said one physiotherapist, who Harris presumably saw right away thanks to his private healthcare plan.

“Right now he’s locked in a permanent ‘look, I’m sorry but shit happens’ stance, so we’re going to need to undo the last three years of shruggage abuse and get him back to a more relaxed state. Shrugging is an important part of being a minister, but you can’t go around looking like you don’t give a fuck all the time. You have to be able to look like you give a fuck at the time of your choosing”.

Following his recovery, Harris will have to follow a strict shrug programme to avoid further damage, with physios advising him to shrug once in the morning and leave his shoulders up there, to save time.