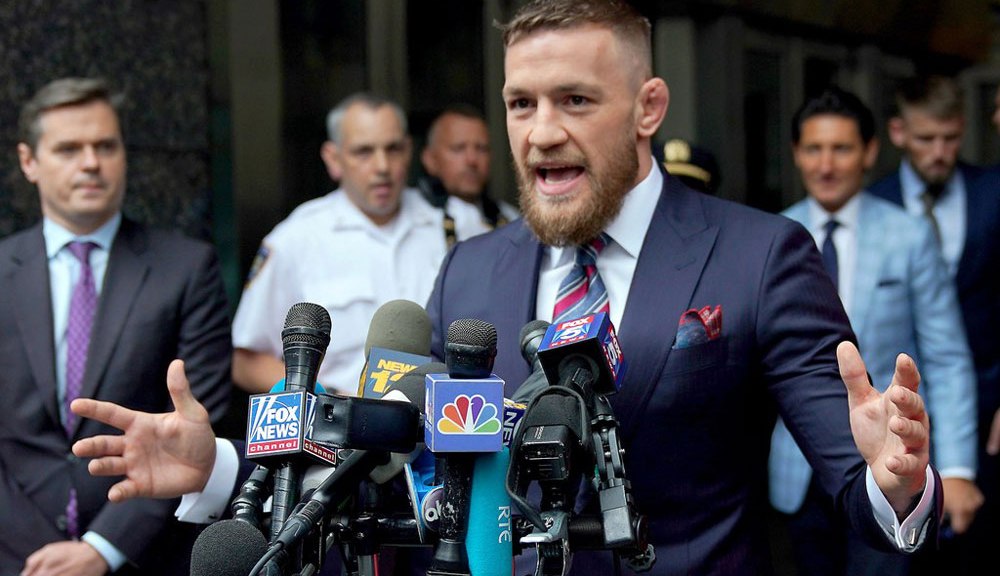 PART-TIME UFC fighter Conor McGregor has apologised today for marching side-by-side with Irish leader Leo Varadkar, stating he was “unaware” the Taoiseach was going to be attending the Chicago St. Patrick’s Day parade and that he is “truly embarrassed” by the whole fiasco.

With the Irish Embassy in Chicago seeking answers as to how the world champion fighter was hoodwinked into marching with Ireland’s most hated man in the city’s famous St Patrick’s Day parade, fears have been sparked that the 30-year-old’s career may be now tarnished as a result.

“If I knew he was going to be there I would have pulled out straight away,” a rather red-faced McGregor told press this morning, using a sort of accent one uses when talking to foreigners. “I’ve a reputation to keep up here. There’s 10,000 people homeless back home because of his government and he cares very little for my fan base as most of them earn below the living wage.

“This mistake could crush me and all I can say is that I’m truly sorry to my fans. He just seemed to sneak in there. I’m absolutely devastated”.

Taoiseach Varadkar and Minister for Rural Development Michael Ring were not available for comment on their sudden appearance, but it is understood organisers of the event have since apologised to the McGregor team for the mix up.

“We pass on our sincere apologies to Conor and his fans for not researching Mr. Varadkar’s failings as a leader and we hope this does not affect his future career in any way,” the brief apology stated.