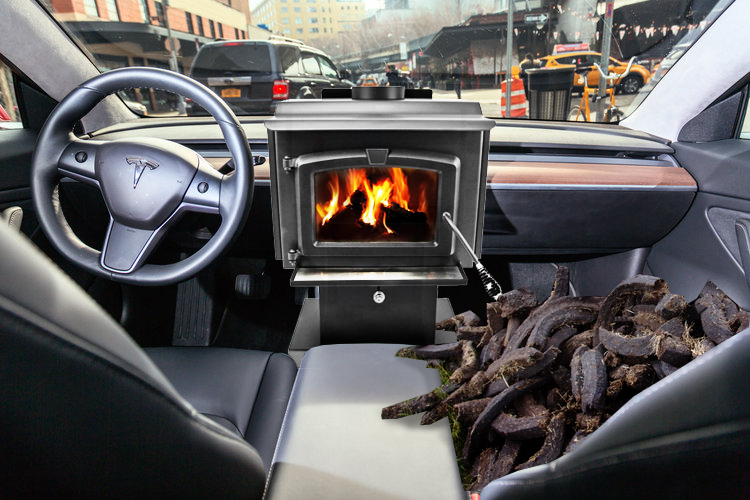 IN A BID to get Ireland on the right environmental track and to push against the resistance to fight climate change on a local level, electric car manufacturer Tesla has launched its first turf-powered car.

“Baby steps lads,” Tesla confirmed at the launched of the car in the wilds of the Roscommon which has been welcomed by the government, who can’t be arsed doing anything themselves.

“Turf powered cars are the future!” confirmed minister for the environment Denis Naughten, who was actually on the lookout for a terrible policy that could inexplicably win some votes on a local level.

Despite the reluctance to embrace climate change solutions and pollution reducing targets, the country has welcomed the addition of a turf-powered car which emits large clouds of carcinogenic smoke from its exhaust directly into the lungs of anyone within a 100 metre radius.

“We get it, change is hard so we’ll start here and eventually we’ll go electric,” added a Tesla spokesperson to a crowd of locals who shook their heads in aggressive disagreement.

The design of the car is not without its teething problems however, as is the case with a normal car you could damage it if you filled the tank with turf, similarly the turf-powered Tesla occasionally sparks into flames before becoming an explosive inferno.