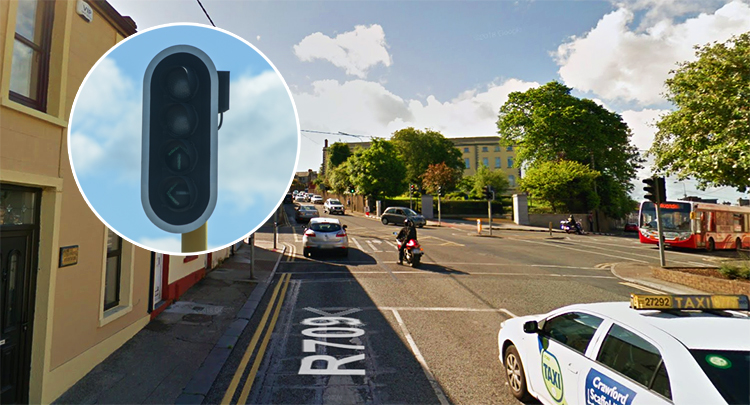 TRAFFIC experts and scientists from around the world have flocked to Waterford city this afternoon to witness one of the greatest traffic miracles the world has ever seen, after a set of traffic lights failed at a busy junction yesterday evening.

Hailed as a ‘traffic paradox’ by some visitors to the site, the apparent free flowing nature of the once congested junction has baffled those in attendance, with motorists seemingly deciding themselves how the intersection should work.

“It’s just baffling,” said one town planner who travelled from Sweden to witness the anomaly, “the lights are broken, yet the traffic seems to be flowing better than when they were working – this could change everything we thought we knew about traffic management”.

Understood to be a power failure, the traffic lights went out at 5pm yesterday at peak commute time, however, motorists somehow relied on their own intuition instead, and found themselves arriving home earlier than when the lights were actually functioning.

“If someone is turning left, they indicated left and that was enough to let other motorists know they were turning left,” explained one commuter, who used his headlights to flash on a pedestrian hoping to cross, “it’s like everyone on the road understands each other’s gestures – it’s just a great thing to be part of really,” adding, “why do we even need traffic lights?”

Since the discovery, local council authorities are now researching the capabilities of human drivers, and if indeed they can be trusted not to crash into each other every chance they get.

“It seems we were wrong and that people don’t actually want to crash into each other all the time,” explained a local county council town planner, “we were putting traffic lights everywhere there for a while; roundabout exits, pedestrian crossings, instead of using the actual orange pedestrian crossings.

“Now that I think about it, we went a bit traffic light crazy here in Ireland”.

Unfortunately for Waterford, due to outsourced contracted maintenance work, the junction lights have since been fixed and traffic is now back to its slow, agitating pace.