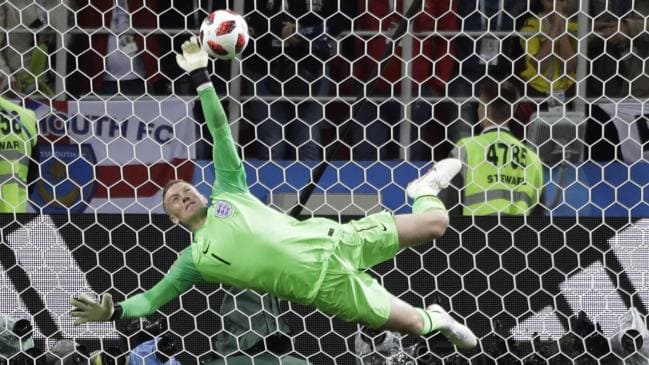 There have been a record number of complaints made to FIFA, with football fans claiming the World Cup is malfunctioning following England actually winning a penalty shootout.

Despite managing just no more shots in the 90 minutes after Harry Kane’s penalty, the English media have confirmed England have won the World Cup and that Sweden are a piss poor excuse for a team that will be beaten 19-0.

The game saw Colombia decide against actually playing football and invent a new sport called Bastardball which involved Sanchez riding on the back of Harry Kane in the penalty area, prompting the referee to give a penalty.

Following the awarding of the penalty the Colombian players used a training ground move they had been practicing for days which saw them crowd the referee and pretend to be a swarm of angry wasps.

The players haranguing of the referee delayed the taking of the penalty for what seemed like hours, as the crowd grew increasingly restless officials in the stadium stuck the complete Lord of the Rings trilogy on the big screens which was watched in full before the Colombians finally calmed down, but not before scuffing up the penalty spot.

Noble, brave and courageous England did not stoop to the low levels of the Colombians, well except for Harry Maguire blatantly diving in the box and Jordan Henderson attempting a pathetic headbutt on a Colombian player.

Just as England were about to achieve the impossible; winning an important game in a straightforward manner, they conceded a last minute equaliser. Colombia’s Uribe improvised an amazing shot from 30 yards out which was tipped wide by Jordan Pickford in what must be save of the tournament, only for the subsequent corner resulting in a headed goal from Yerry Mina who at 8ft 8 inches is technically too tall to be permitted to play football according to English tabloids.

With either side failing to score in extra time all that was left was for England to lose on penatlies thus delighting Irish fans who aren’t remotely petty and bitter. However, thanks to a superb Pickford penalty save England are through the quarter finals.

It didn’t all go to plan for the English however, as out of habit the team’s bags were already placed on a flight home to London, along with the team’s families. It is hoped they can make it back in time for the game on Saturday.

Elsewhere, according to The Sun newspaper Sweden, who are famous for being cowardly neutral during World War II barely made through against Switzerland in a 1-0 win. Sweden, The Sun adds, is a horrible place where they let a bunch of foreigns in and don’t even get racist about it.

Else, elsewhere, Gianni Infantino has locked himself in his hotel room and stopped returning Vladimir Putin’s phonecalls after the Russian leader said he would like to call in a favour ahead of Russia’s game against Croatia.