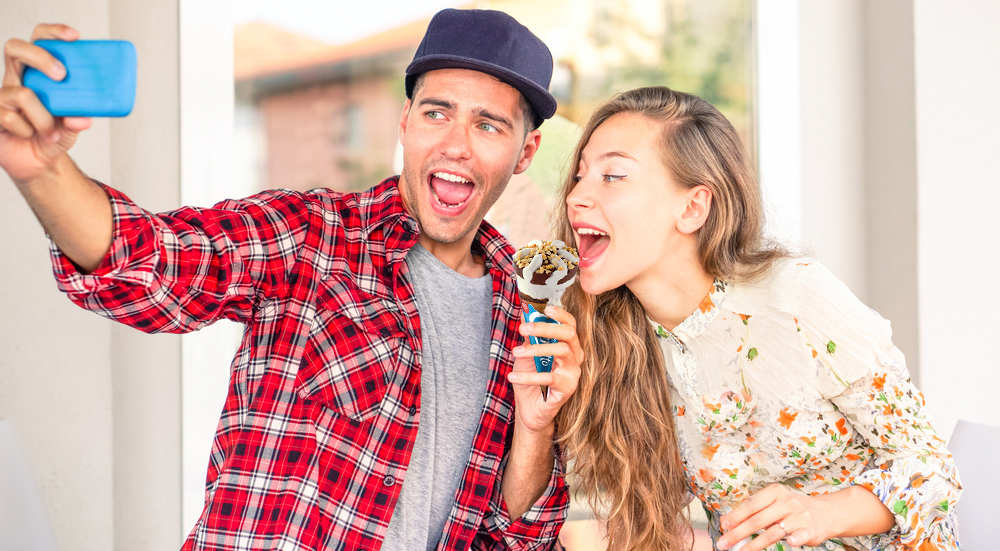 ALL MAJOR social media networks have reported a staggering increase in the number of people taking selfies with ice creams, WWN can reveal.

A heavy influx of groan inducing updates have featured ice cream puns and play on words so awful it is believed Irish dads wouldn’t even utter them out loud.

“My mouth’s on a collision course with an Iceburger, full steam ahead” read one post, which unbelievably had upwards of a 942 likes, 345 hearts and 2 angry faces, presumably from the poster’s children.

“The generosity when it comes to likes for sunny, ice cream heavy snaps has resulted from the fact people are just beside themselves with joy that it’s not bucketing down with rain, they’re liking posts left, right and centre,” explained Dr. Ian Gunter, who lectures in Irish Weather Behaviour Patterns in UCD.

Irish social media feeds, normally filled with pics of home cooked meals, other people’s children and jogging routes no one cares about, has ground to a homogeneous halt with everyone choosing instead to let all their friends and family know that yes, it’s splitting stones out there, and yes, this is a picture of me absolutely horsing into a Loop the Loop.

All queries sent via text, Snapchat, Facebook Messenger or WhatsApp asking ‘what you up to?’ or ‘how was your weekend?’ have so far been responded to only via the medium of sending a selfie with an ice cream and the sort of smile normally reserved for when opening presents on Christmas morning.

Those worried their social media feeds will never return to just being pictures of cats, memes and the occasional rant about traffic in Dublin have been asked to be patient, this probably won’t last long.