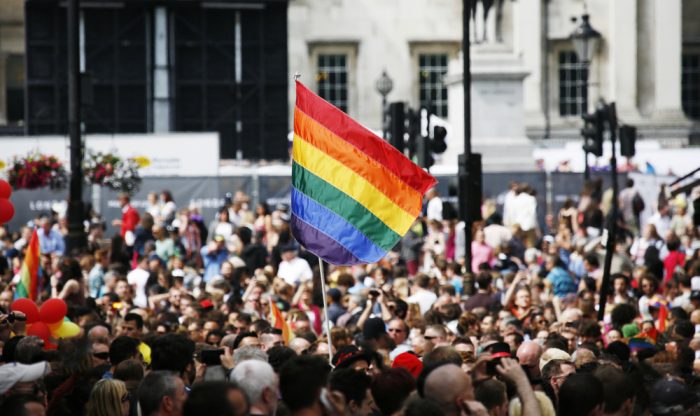 WITH Pride over for another year, huge multi-national corporations have begun to rid their branches and their media calendars of pro-LGBT messaging, or indeed anything that vaguely resembles a rainbow.

Originally conceived as a festival of protest to show the gay community’s pride in themselves in a world where they were marginalised and persecuted for their existence, companies have been quick to throw their support behind the festival after realising that ‘hey, gay lads and ladies need mortgages and vodka as well’.

As such, Pride, now known as Pride™, has become one of the hottest events on the marketing calendar, with more and more companies doing their best to ‘own Pride’ during June, before getting back to pandering to the straight community for the rest of the year.

“The gay community has fought for generations to achieve equal rights and a safer world to live in, and now that they’ve got all that hard work done as far as we can tell, we can swoop in and stick a rainbow on our logo and try to sell them broadband,” said one executive, totting up how much gay money his firm had made in the last week before deciding whether or not to commit to next year’s Pride budget.

“I think we’re well on the way to Pride being really big, at least as big as say, Electric Picnic. It used to be this little small thing that gays could have full ownership of, and we’re going to do our best to make it just one more drinking session between Paddy’s Day and Christmas. COYBIG, or whatever youse gays say”.

Meanwhile Gardaí have stated that being beaten up during Pride weekend has been downgraded from ‘gay-bashing’ to just ‘bashing’, and that it’s all just a bit of fun anyways.