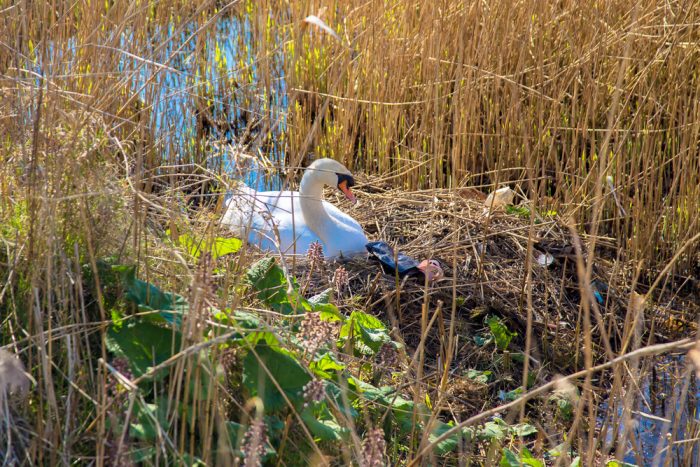 DUBLIN swan Derek Webb is today nursing the pen-and-cob of all hangovers, after an all-day bender on the banks of the Grand Canal where he drank almost all of the half-cans of beer and cider left over from festivities at the weekend.

Although normally tee-total, Webb went on the lash after witnessing the fun and frolics that were had on Friday and Saturday by people who took to the waterside in the rare Irish sunshine, enjoying cans and bottles and ill-advised dips in the water.

Luckily for Webb, the revellers were kind enough to leave their rubbish behind them after they ditched the canal for bars and clubs as night fell, allowing the plucky young cygnet to get off his beak on the leftovers.

“Fuck me, never again,” said Derek, who can barely hold his head up today.

“There’s no such thing as free drink, eh? It’s good craic when you’re at it, but the hangover is fucking woeful. I must have drank about the makings of 20 full cans, if you add up all the dregs and slugs of drink from the thousands of bottles and cans left lying on the banks. Then I had a Chinese that someone threw at their hole, plus I was on the fags as well, I must have ate 1 hundred cigarette butts that were flicked into the water. Paying for it now, so I am”.

Webb is one of the lucky ones among his gang of swans, fish and various waterbirds and canal dwellers, pointing us in the direction of an otter that got tangled up in the plastic of a six-pack before choking to death.

“Some lads just can’t handle their rubbish”, hissed Derek, heading back to the nest to sleep it off.