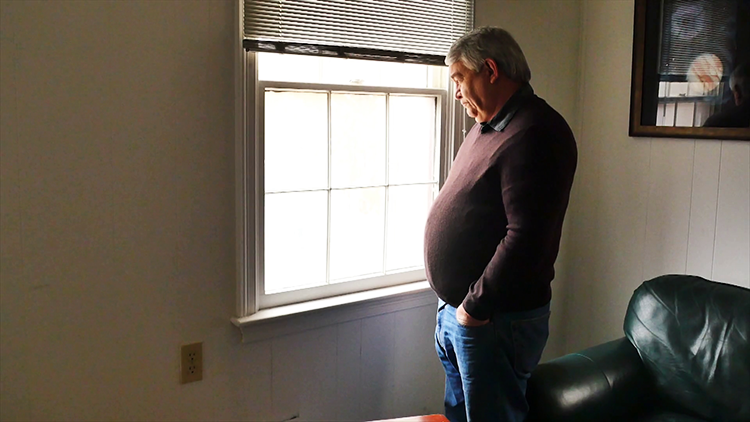 DESPITE widespread pleas from Met Éireann and the Garda Síochána to take care as wintry conditions blanket much of the country in snow and ice, Waterford man Gerry McHugh has insisted that his day will go ahead as planned due to the fact that there doesn’t appear to be any snow ‘out his way’.

Fenor local McHugh had gone to bed fearing the worst last night after forecasts of heavy snow and icy conditions, but a quick inspection out his front window this morning dismissed those fears as the three to four acres in his immediate field of view were mostly snow free, with the snow that had landed amounting to ‘only a hen’s shite’.

As such, Mr. McHugh has confirmed to WWN that he will go about his daily routine as planned, including a forty mile spin up towards Kilkenny undertaken at the same speed he always drives at, as well as the same amount of care he takes on the road.

“I was talking to a lad I know this morning, he said ‘there’s loads of snow up our way’… I don’t know what he’s talking about, because there’s no snow out our way,” said McHugh, calling us on his phone as he drove down the small country roads surrounding his home.

“They’d wear your patience down, talking about cold fronts this and arctic conditions that, slow down and be careful of ice on the road and blah blah blah, same old shite. Sure, look around you, you can see the grass and the roads seem fine. The whole country is soft as shite, if you ask me”.

Our conversation with Mr. McHugh was cut short after his phone went dead, however, we will attempt to ring him back later in the day.