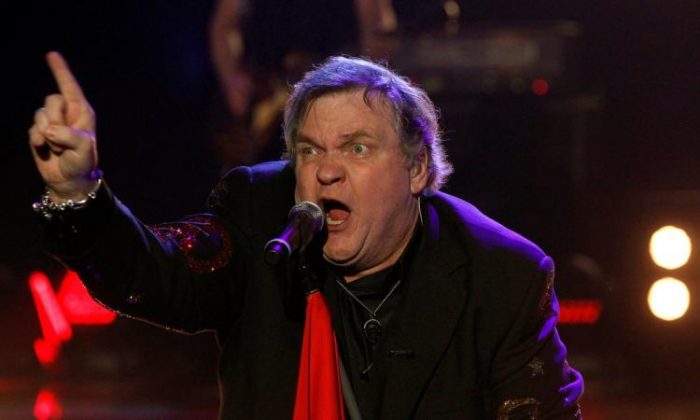 POPULAR SINGER Meatloaf has finally come clean about his seminal Bat Out of Hell single ‘I’d Do Anything For Love’, and has cleared up the thing he so stridently sang about not wanting to do, WWN can confirm.

Speaking of the lyrical secret, more closely guarded than the identity of the focus of Carly Simon’s ‘You’re So Vain’, Meatloaf born Michael Aday, broke his silence as to what it is exactly that he is unwilling to do for love.

“I was with a very nice lady back then, but things got a bit boring in the bedroom department, and so she wanted to introduce a strap on and my reluctance to be penetrated by a foreign object launched one of the most romantic songs ever,” beamed Mr. Loaf.

“It was from my very rational horror at being propositioned in such a manner that I drew inspiration to muse on the meaning of love and how far one was willing to go for it,” added the singer.

Meatloaf was eager to state that ‘butt stuff’ in general was not completely off the table, but he felt in order to really hammer home his opposition to strap ons he would have to write an epic and theatrical love ballad.

“Once she heard the song, I’ll never forget it, she said ‘I get it now’ and that’s why she stopped walking around the house 24/7 wearing the diamond encrusted strap on,” Loaf concluded.