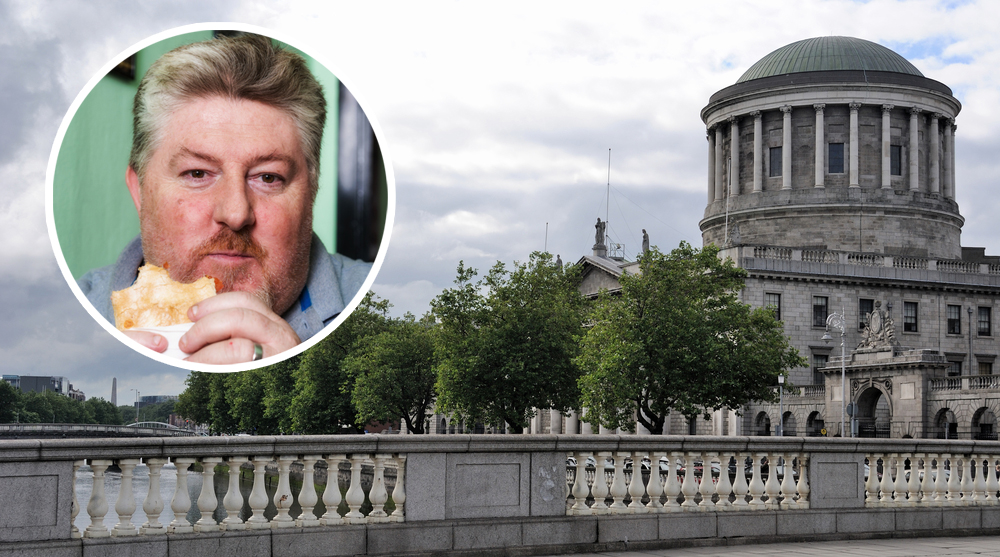 A WATERFORD man who was served a ‘bad pint’ in a local city bar has today been awarded €179,000 damages by the High Court, WWN can reveal.

Mr Justice Anthony Barr made the award to Brian Phelan (47) against Egan’s Nightclub over a questionable pint of Budweiser that was poured by barman James Macky on March 17th last year, forcing the construction worker to miss the following day’s work.

Phelan, a grandson-of-four, told the court that he felt ‘poisoned’ by the bad pint, the effects of which were delayed until the following morning at 6am, as he was waking up to go to work on a building site the following Friday, leaving him no other option but to phone in sick and forfeiting a day’s wage.

“I was out all day drinking with friends and I was in great form until I hit Egan’s Niteclub,” the victim told the court, now caressing his pot belly which was protruding from under his untucked Ben Sherman shirt, “I remember ordering a round of jagerbombs with the round of beers, because it was Paddy’s day like, and the barman handed me the pint.

“Now, as drunk as I was at the time, I could see the pint looked a bit off, flat or something, so I asked the young fella to put a head on it. Anyway, I took back the thing, thinking it was grand, and the next thing I knew I was absolutely fucking dying in the bed with the alarm going off, judge. The whole fucking day after I was literally pissing from me arse”, he calmly demonstrated before the court, with a bucket and a squeezy bottle full of yellow liquid.

Barrister acting for the Night Club, Derek Saint John, admitted his client’s liability after taking into account Mr. Phelan’s 40 long years experience as a drinker, opposed to the barman’s 4 years in the job, stating the claim of negligence was advanced, leaving the judge’s task to only assess damages.

“This seems to be a clear-cut case of being served a bad pint,” pointed out Mr Justice Anthony Barr, with every member of the courtroom nodding in agreement, including the publican himself, “and a bad pint is a bad pint; it’s a crime and you will be rewarded a significant compensation for your trauma”.

In a landmark decision for the nation’s drinkers, and on the basis of guidelines on damages set down by the Court of Appeal, Mr Justice Anthony Barr awarded €170,000 to the now delighted Phelan, who was making pint gestures to a rowdy swarm of ‘lads’ at the back of the court.

The judge also agreed special damages of €9,000 for “just being a pure fucking legend of a man for bringing it to court”, ending proceedings with the question “scoops?” to the courtroom.