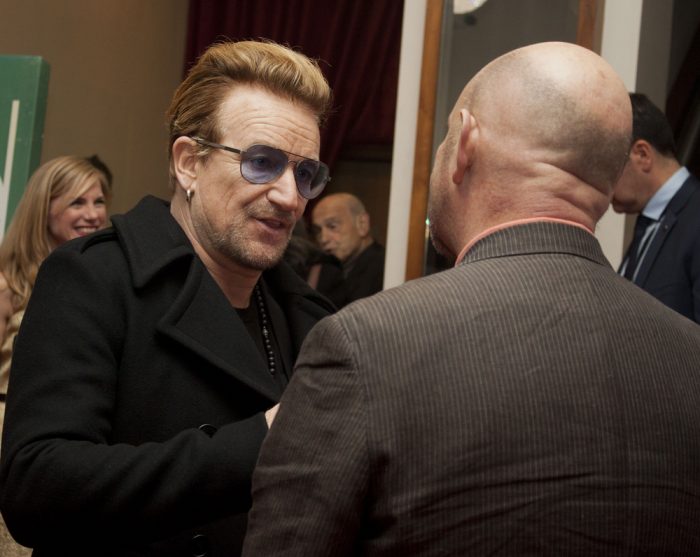 Bono, relying heavily on the presumption that people are queuing up to hear what he has to say about any number of subjects, talked at length about the nature of being the worst thing to happen to something.

“Believe me, I know a thing or two about being the worst thing to happen to something, so trust me this dude is bad news,” explained U2’s frontman.

“To see true tyranny in someone, you need to first acknowledge your own capacity for atrocities, which in my case is Songs of Innoncence,” Bono added.

“Remember you’re talking to the guy who wrote Vertigo,” the Dubliner added.

While Trump has yet to directly respond to the singer’s barbs, it is believed he will be able to cite any number of songs penned by the Irishman in as part of a rebuttal.

Experts in both politics and music have estimated that Trump would have to follow through on all of his ill thought out and racist proposals for America to eclipse the comparative damage Bono has done to music.

“You can’t have an aging man, who dies his hair, thinks he’s cool and balks at any suggestion that he may small running the country,” Bono concluded.