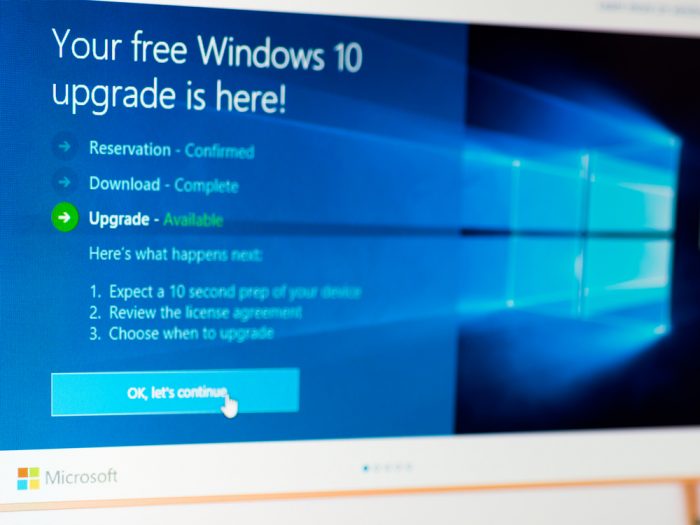 WHAT was initially described as a malicious hack on An Garda Síochána’s IT system has been revealed as something marginally less sinister.

“At first we thought the same as many media reports, that drug gangs, so brazen in their disregard for law and order, tried to hack into our system,” explained Garda Mark Sheffrey, head of Garda IT (GIT).

“But after running the most basic checks we found out an organisation going by the name Microsoft had attempted to force an officer to install a troublesome and malicious operating system called ‘Windows 10’,” Sheffrey added.

The garda in question was in the process of trying to use internet explorer and typing ‘how to catch baddies’ into Bing, when a strange notification came up on his computer’s desktop.

“It said did I want to install Windows 10 and when I went to click ‘no’, it changed to ‘yes’ almost like it knew I was going to say no, and then everything just went crazy,” Garda Niall Carmen shared with WWN.

Due to budget cuts this installation brought the Gardaí’s only working computer to a halt, throwing the IT operations of the country’s police force into chaos as the screen remained fixed on ‘Installing – Please Wait’ for 52 hours.

“Christ, there were tiles on the screen everywhere, I just wanted to view a photo and it took over the screen and, and, oh God I’m getting flashbacks,” Garda Carmen screamed.