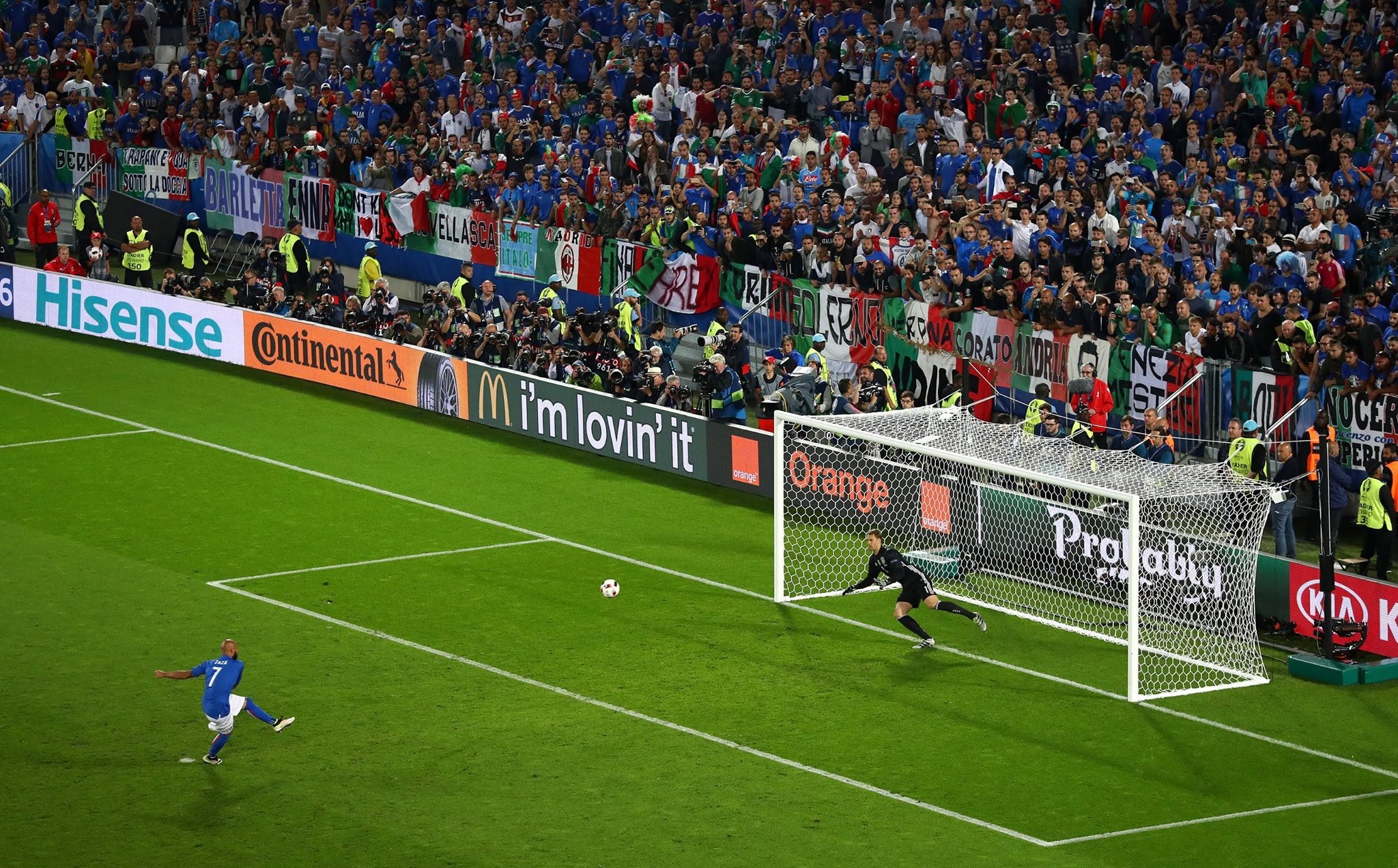 WWN’s latest addition of its Euro 2016 round up saw Italian players feign outrage and indignation using only comical hand gestures a total of 1,345 times.

Germany’s victory on penalties is just the 4,345th time Germany have won a knockout tie via a shootout. Germany’s penalty misses in the shootout represent the first time a German player has missed a spot kick since 1899.

Germany took the lead through Mesut Ozil who resisted the urge to make 49 passes instead of shooting, slotting home a Mario Gomez cross.

Italy’s equaliser came in the 77 minute after they were awarded a penalty following Jerome Boateng’s decision to recreate his favourite scene from the iconic basketball movie ‘Spacejam’ while in the penalty box.

The match finished 1-1 after 120 minutes, and was then settled on penalties. In total 337 penalties were taken over the course of 4 hours.

Simone Zaza’s penalty run up was widely criticised by those viewing the match, however, Zaza defended his comical run up, claiming it was a tribute to Riverdance.

Graziano Pelle’s penalty build up was also criticised after the player appeared to talk to Germany keeper Manuel Neuer. Italian commentators have since confirmed that Pelle chose to deliver the entirety of Rudyard Kipling’s epic poem ‘If’. Pelle went on to miss horribly.

Germany’s Thomas Muller had a number of chances to score in normal time but was denied on each occasion by Italy, most impressively by midfielder Alessandro Florenzi, who used his black belt in karate to ninja kick one of his shots away from the goal and out for a corner.

Antonio Conte will now leave his position as Italy coach to take over at Chelsea, where he is expected to sign all 23 members of his Italian squad as it will deemed easier than trying to teach Gary Cahill and Branislav Ivanovic to defend.

Italy’s legendary goalkeeper Gianluigi Buffon has rowed back on his promise to retire from international football, confirming instead his intention to become the first player to win 1,000 caps for a country.

On the punditry front, there was some controversy as English broadcasters failed to show the Germany Italy match, once again favouring to pour over how shit their performance was against Iceland for 3 hours instead.

Tonight’s match sees France take on everybody’s new favourite team Iceland. Iceland has been beset with crime tourists in recent days as with 100% of their population are now over at the Euros, all homes and business are empty and available for robbing.