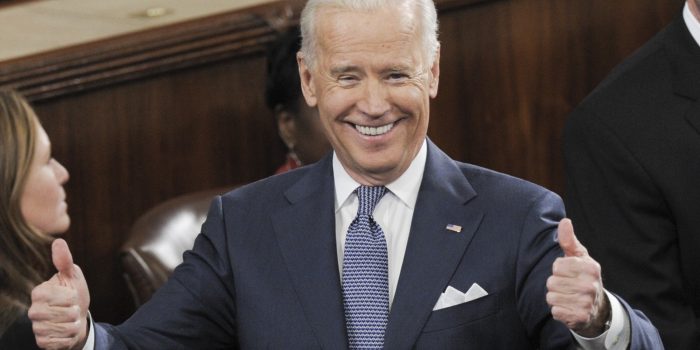 US VICE PRESIDENT Joe Biden’s historic visit to his ancestral home of Ireland was made all the more special by the government gifting the politician the Book of Kells.

Biden was seen in Mayo yesterday visiting the home of grandfather, which was discovered by the government when they decided they wanted a big and famous US politician to visit so they had an excuse to have fancy dinners.

“So this is it, huh? Amazing,” a beaming Biden remarked when Taosieach Enda Kenny pointed at the nearest thatch cottage he could find and decided it belonged to Biden’s grandfather.

In total, the government is set to roll out over 2,345 red carpets for America’s second in command during his visit, but the most treasured part of the trip for Biden has come in the form of receiving a priceless artefact which belongs to the people of Ireland.

“Shut up, he’s an American, he can have whatever he wants. Just look at him there with his big American head on him, he’s marvelous,” the Taoiseach remarked as members of the public protested handing over a precious piece of Irish history, created in 800AD, to Biden.

The Democrat party member initially declined the gift before Kenny insisted he take it as “it’s just sitting there, we don’t even use it anymore, it’s fine”.

As part of Biden’s visit, the government’s welcoming party has tried to limit the US vice president’s exposure to any negative things currently happening in Ireland.

“Well, we’re not going to deny we don’t want him catching sight of the homeless and that, so we’ve just kept him in a Carroll’s Giftshop for about 12 hours and told him it was Cork,” confirmed one of 400 government liaisons for the Biden visit, Gerry Kennedy.