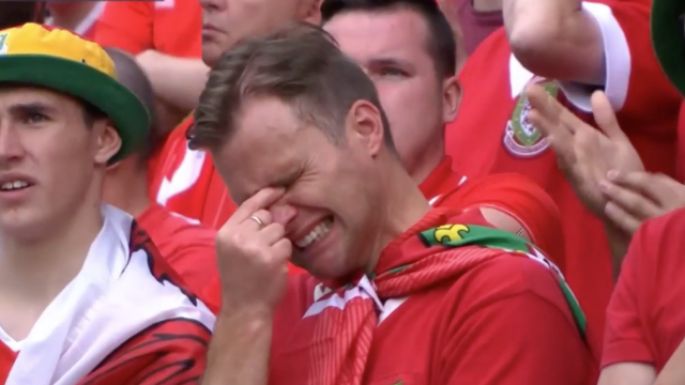 TODAY’S round up of yesterday’s Euros action is still coming to terms with the fact England won.

After battering the opposition goal for the majority of 90 minutes, dominating possession, stretching their opponents to breaking point as they cynically parked the bus, an offensive Wales were robbed by a negative and inferior English team.

Joe Hart was at fault for Bale’s free kick goal, with the Man City stopper admitting he wasn’t aware footballs moved about as much as they did when kicked by someone’s foot. Striking the dead ball from at least 79 yards out, Bale added his second goal of the tournament.

After a half time team talk which involved England players threatening to kill Roy Hodgson if he kept Raheem Sterling on the pitch, England came out fighting and equalised through a Jamie Vardy strike and won it at the death with Daniel Sturridge goal which was problem offside or handball.

In the aftermath of the match England and Wales fans received far too much praise from the media for not trashing the place and resisting the urge to beat one another up.

The standout moment in the match came in the 85th minute when a Welsh fan was picked up on camera openly weeping, the moment was immediately voted the most emotionally moving passage in the totality of human existence, surpassing watching Schindler’s List while hungover.

Northern Ireland bounced back from defeat against Poland with a remarkable 2-0 win against Ukraine, keeping the possibility alive that were Ireland to get knocked out at the group stage, fans could seamlessly transfer their allegiance to the 6 counties.

Poland and Germany played out the first 0-0 draw of the tournament in the boring 8pm kick off, and will be punished under UEFA law by having to take in an extra 100,000 Syrian refugees each.

Joey Barton made an impressive debut on TV3 as part of their Euros coverage by stabbing a cigar out in host Joe Canning’s eye in the opening seconds of the broadcast.

Czech Republic play Croatia at 5pm in the crunch countries you constantly mixed up as a child derby.

At 8pm Spain will look to pass it sideways for 90 minutes until Turkey wilt and just let them score to break the monotony of it all.

John Delaney made headlines again today with his promise to adopt 100 French orphans if every other football association chief at the tournament does the same first.