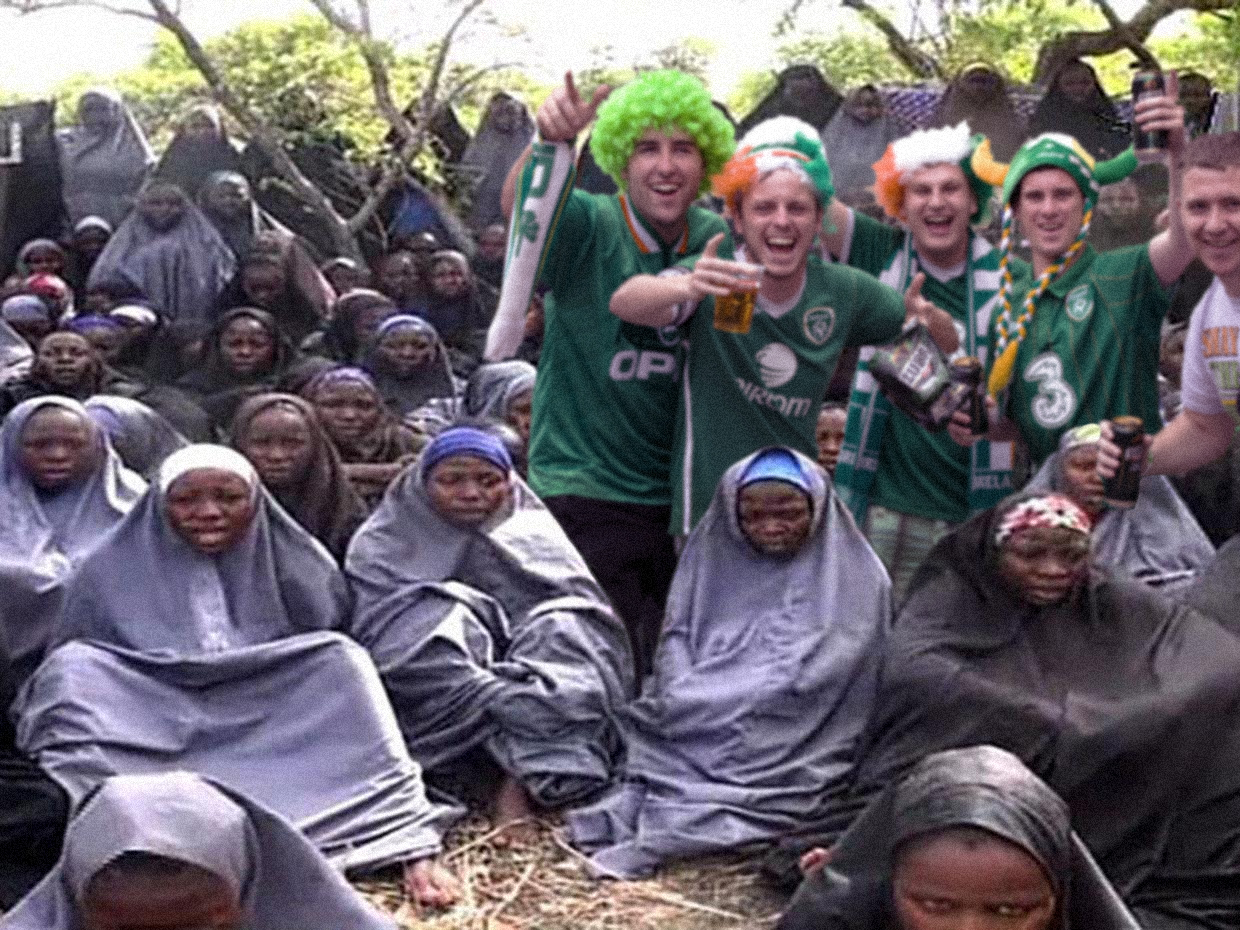 UP TO 200 missing Nigerian schoolgirls have been freed after over two years in captivity, after a hundred or so Irish soccer fans swarmed into a Boko Haram camp with a few bags of cans and a flag bearing the hilarious slogan ‘down with this sort of thing’.

The Irish fans had been attending the Euro 2016 championship in France, but had set out on the voyage to free the kidnapped girls after running out of sound things to do between matches.

“Yeah, we had fixed a few spare tyres, danced with a few French cops, serenaded a bus full of convicted murderers. We were running out of ways to be gas” said Sean Hanley, who just loves the craic.

“People were losing interest in us. Joe.ie had gone nearly a full hour without posting a video titled ‘Check what these Irish fans did at Euro 2016’… so we said ‘fuck it, let’s go free them schoolgirls'”.

A spokesperson for the ISIS spin-off said that the arrival of the Irish fans was unexpected, but that their friendliness and love of song charmed the terrorist group into handing over the 200 Chibok girls who they had been holding since raiding their school in April 2014.

“They got right in the middle of us, all holding plastic pint glasses of beer, dancing and hugging us. One guy did the worm, it was fairly gas alright. We were initially going to cut their heads off and stick them on spikes throughout the jungle to let Western people know that they are not welcome here, but in the end we were having such a good time that we said go on ahead, the girls are out the back. One of the Irish guys gave me his jersey. Fucking legend”.

Buoyed by their success in Nigeria, the Best Fans In the World™ will now travel to Israel to sort out the conflict with Palestine before heading back to France for Saturday’s must-win clash with Belgium at the Nouveau Stade De Bordeaux.