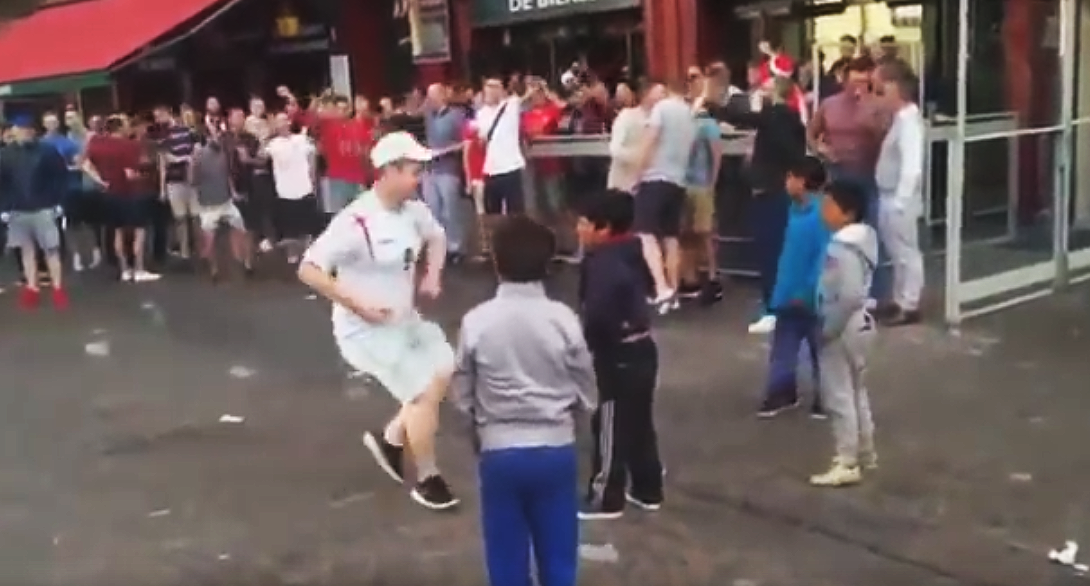 Proving once again that English football supporters are the best in the world, one man can be seen approaching one of the children in an emotional greeting, where he raised his fist to the child in a show of British solidarity.

“I welled up when I saw the video,” the Queen of England addressed the incident earlier. “One’s act of humanity is duly noted and is a testament of our nation’s willingness to give to those less fortunate than ourselves, even if it’s not ones place to do so, in a strange foreign country such as France”.

“It’s stories like these that make you question why we have borders at all”. she added, before puking violently into a basin.

Estimations on how much money was actually given to the refugee children vary, but some analysers claim could be anywhere between one, to five English pounds”.

“Hopefully they’ll start up their own company or buy a house for themselves with our donations,” one donor told WWN.

English fans have so far been praised at this year’s European Championships for their humble and generous attitude towards their fellow human beings. In one touching incident last week, dozens of English football fans successfully defended the city of Lille from attack by a band of evil Russian invaders.