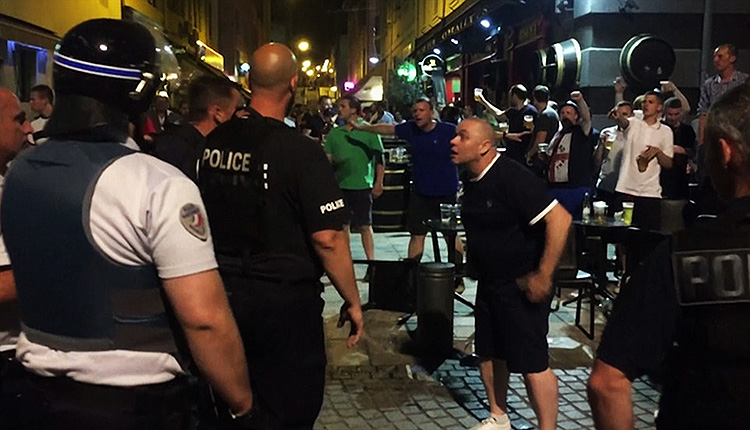 ANTICIPATING a first-round exit from the Euro 2016 competition, England fans have taken it upon themselves to get into as many riots and scraps as they can while their campaign for glory lasts.

Tear gas was used by riot police in Marseille yesterday as England fans kicked off with French authorities before a ball had even been kicked in the tournament.

Two fans were arrested in the scuffles, putting the England team at a distinct disadvantage before their first game against Russia today at 8 o’clock.

“We really needed them two lads in the stands, cheering us on,” said one source close to the England squad.

“That leaves us with two less voices, with the possibility that more will be arrested after cops check CCTV. We’ve got a pretty shit line-up this year, and we could do with every pair of lungs we can get. If anyone out there wants to start some shit with French cops, then by all means do. But at least wait until we’ve gotten to the end of the group stages”.

Republic Of Ireland fans have also reached France and are continuing to be the absolute best fans of anyone anywhere in the world, although French authorities have asked that they keep the craic down to a minimum, as they’re just too amazing sometimes.