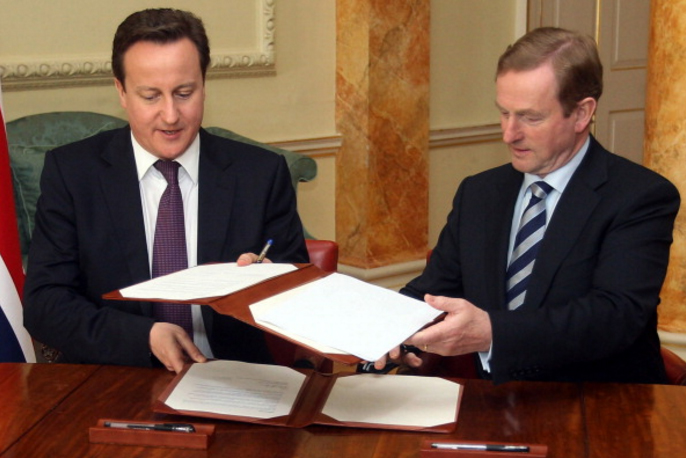 FOLLOWING the publication of UK health service records, the Irish government has penned its annual letter to the UK, thanking them for accepting the outsourcing of Irish abortions to their country.

A total of 3,451 Irish women travelled to the UK to access abortion in 2015, something the Irish government was quick to acknowledge.

“Honestly, we can’t thank you enough. The hassle you save us each and every year, it’s a wonder you don’t charge us,” the opening lines of the annual letter to the UK government read.

Several mentions of ‘fair play’, and ‘sound lads’ were also included in the letter, which aimed to let the UK as a whole know just how grateful the Irish government were.

“Our relief at the fact you’re still doing this for us is probably proportional to the grief, stress, helplessness and heartache felt by many of the women forced to travel over your way. Let’s hope a yes vote for you lot leaving the EU doesn’t mess this up for us,” the letter continued.

The government’s letter was frank and honest, even going as far as to warn the UK not to get its hopes up about any Irish government’s promise on an abortion referendum, confirming that was ‘just talk’.

“P.S seriously though, please don’t charge us, we’re still fairly broke as it is,” the letter concluded.