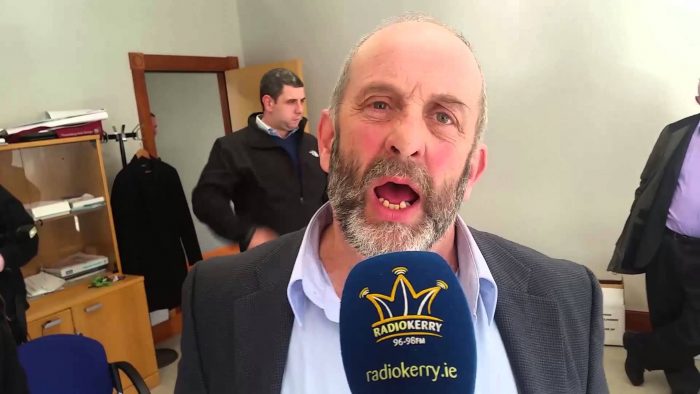 ALTHOUGH Danny Healy Rae is standing by his comments that “only God above is in charge of the weather”, the Kerry TD has admitted that Ireland can tackle climate change by implementing some tried-and-tested methods such as leaving a statue of the Child Of Prague under a bush overnight.

Healy Rae was speaking at a climate change discussion in the Dáil yesterday, when he made the argument that carbon taxation aimed at curbing climate change was costing the rural community massive sums of money.

Arguing against some fairly significant climate data mined from surveys and scientific research from all over the world, Healy Rae stressed that there wasn’t much that a government could do about climate change, but conceded that he would get as many people in his constituency to put their Child Of Prague out in the ditch, as well as having their St. Bridgid’s cloak at hand at all times.

“You can’t change the climate of the world by addressing carbon emissions or listening to scientists,” said Healy Rae, eating a Caramac.

“But we’ll do our best to ensure a few grand nice days there with the Child Of Prague under the hedge. Sure didn’t it work for us there in Kerry the time we were going to our cousin’s wedding, we put the statue out and it was a fierce day the next day altogether. There’s no reason a concentrated effort by a few hundred thousand people across the country couldn’t do more for climate change than you’d ever get done by banning fossil fuels”.

Healy Rae went on to state that the plan faced opposition “up in Dublin”, adding that “they’re just mad that they live in flats and don’t have a hedge to call their own”.