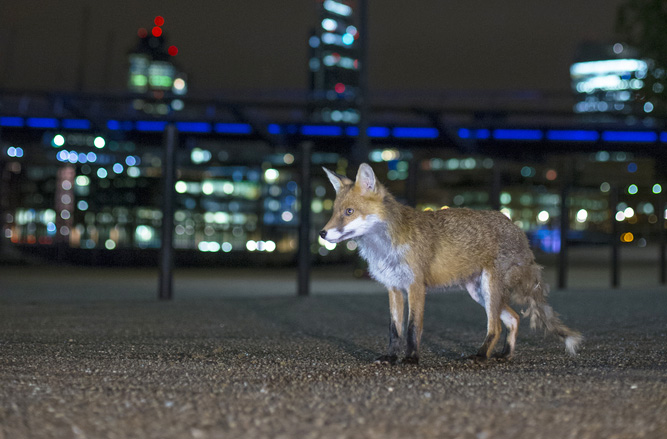 EARLY commuters making their way through Dublin city centre this morning may have caught a glimpse of a young male fox, who was wandering around the Five Lamps area of town without a fucking notion as to why he was there, or indeed, what he was doing.

Sniffing around wheelie bins and parked cars, commuters described the fox as “clueless” and “completely out of his depth” as they passed through the area at around 5.30am this morning.

“Clearly the fox had been on the session last night,” said one man, on his way home from a night shift. “He was wandering out into the road, running a bit, stopping a bit… I’ve been that soldier myself, I can tell you”.

Other motorists reported having to stop in the middle of the road to avoid hitting the animal, who seemed to be getting more confused by the minute.

Having paused to stare at a stray cat perched on a wall, we were able to catch up with the fox for an exclusive interview.

“I’m from the countryside, so fuck knows how I got here.” said the fox, clearly disorientated. “I suppose I just wandered too far from the den yesterday, or went looking for the dinner and lost track of myself. I haven’t a notion how I’m supposed to get home, maybe I’ll just mill around here for a while and poke around these bins”.

Lost foxes can be a common sight around inner-city areas, and are incredibly friendly. If you spot a fox in the city, it is recommended you approach him and give him a big hug.